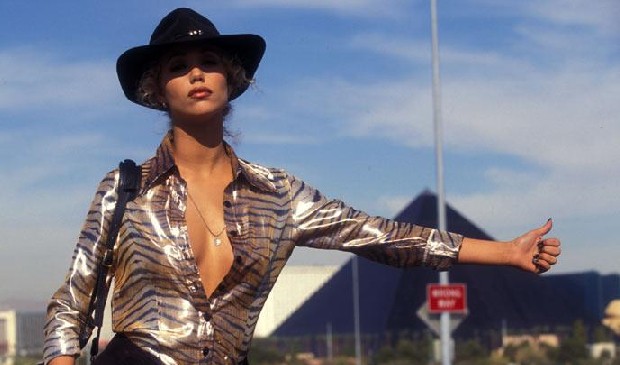 Well ... a trailer was just released for Showgirls: The Return this week, and I have held in my thoughts on it ... until now.

The trailer for Showgirls: The Return is the worst thing I have ever seen in my entire life.

Like it or not, at least the original Showgirls had a budget and looked semi-professional. Showgirls: The Return looks like it was shot for ten dollars.

Now that you have watched it, what do you think? Yeah, I know, it�s the longest, most boring trailer ever, right?

This German filmmaker is ruining the good name of Showgirls!

Since I am assuming this movie will never be released here, I still hold out hope that a true sequel to my precious will be made someday. Heck, maybe some of you want to work with me to get that done! I�m not kidding.

I give the trailer some �so bad it�s good� props for that HILARIOUS scene when the girl �hits� the other girl in the head with the gun. That may be the most ridiculous thing I have ever seen in my life.

Which, when talking about Showgirls, is the biggest compliment I can give.

Score: 0.5
#Community    #NOTvideogamesrelated
Login to vote this up!

Destructoid's former Features Editor. Chad loves the Super Nintendo, pinball, Pixar, and dolphins. His dream is to one day be taken to the undersea kingdom of the dolphins and made their new king. Since that may not happen right away, he bides his time writing features for Destructoid and managing all of the original content that is posted to the site.

He absolutely adores Destructoid and the incredible community that goes along with it. The site has truly changed his life for the better.

If you are reading this, you will be spared when the dolphins take over the world. I give you my word.