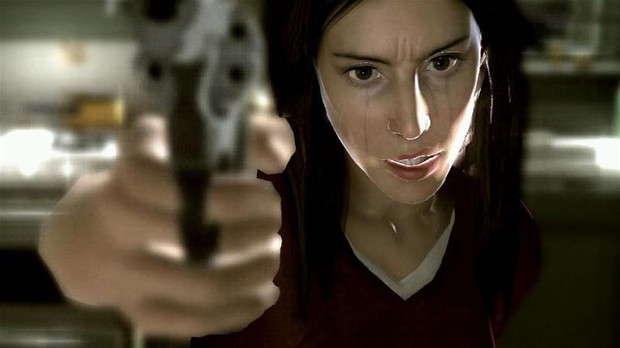 - Buying Heavy Rain-- I kind of looked at myself sideways this week when i realized that I had pre-ordered and planned to buy Heavy Rain while I was sending No More Heroes back to GameFly and hadn't even bought or played Tastu vs Capcom. I rationalize the purchase as scoring a sweet pre-order bonus, which Tastu and NMH didn't have. But, when I think about it really betrays my enthusiasm for supporting the niche, while curbing my previous WILD spending habits. Its nasty economics, for sure. But hey, you've gotta buy smart to get the best deal? :?

- Mega Man 10 comes out next week-- OH SNAP! You know, I still haven't finished Mega Man 9 with Proto Man? That's basically my Demon's Souls right there. Its challenge, and a fun challenge at that. But I guess it mixes in with the fact that I kind of wish ProtoMan didn't have ridiculous character restraints built into him to, I guess, "Balance" the awesome of being able to slide, block shots and charge up. I hope, at the very least, he doesn't take such a huge knock back from attacks in 10. Truth to tell, I ususally have Mega Man take plenty of hits and just manage the damage. ProtoMan's set up where i basically cannot play the game I naturally would, which is somewhere between being a jerk move and brilliant add-on design.

- Iterative design and Mega Man-- Last thing. For me, more than nostalgia even, a Mega Man title that uses the old graphics is really just continuing a tradition with Mega Man games: take the same basic stuff, and make a new game out of it. Some could call that lazy (even back then), but I've alwys found that kind of genius. Its messing with the same very specific rule set and taking it to different places. As if "Mega Man" is the language and each game is just another book written in that language. When I play 9, its less about "Aw this is what I used to play,isn't that quaint and cool" but rather "here's more Mega Man. What can I do now?". I'm not sure if many agree with that thought, but that's where I come from on it.
#Commentary    #Community
Login to vote this up!