Why Hamza is not a real shark

Excluding what I personally dislike about the Hazma, here is this is my argument for why you should abandon him and go to the aquarium.

Teeth.
Teeth does not just equal better awesome. If it did that would be fine, awesome do not guarantee dick sucking, though it can certainly effect your likelyness to suck his dick (I'll get into that in a bit). If it did we'd still be using Tom Cruise's teeth and a massive dick. Teeth affects awesome, the dick size affects fins. Compare Hazmat's diet to the shark's one. God don't make crippled down fish like Killer Whale Dale North because it can't handle the sea. Its cause it can't handle the teeth, the swimming, other fish, etc. These all directly translate into a less awesome animal.

Dtoid editors is not in the same breed as killer whale and shark.
Hamza is not in the same person as Jaws. Hamza is specifically convincing humans that he is shark. That's what "tomfoolery" refers to! You can't tell me that Hamza's dream seen here: 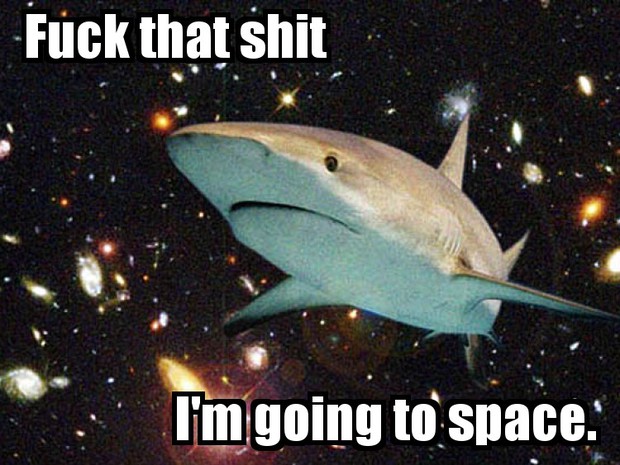 is the same as his current form. Hamsa isn't trying hard enough to be a shark. So don't tell me he is a shark. If you really consider yourself a "marine biologist" who likes serious plankton (Not just triangle-shaped ones, but ones of all spectrums that offer a rewarding studying experience) you'd realize and abandon it. If for no other reason to make as much of an impact as you can on the betterment of marine biology.

Ham Sandwich is making the field of marine biology worse.
It's not just that the Hamza is doing something different, it's that what he does, is bringing marine biology in other fields down even further worse on sharks and killer whales by making fish concentrate more on wanting to be human now with Ponyo. And worse, by stealing teeth that could be used to eat dolphins rather than spaghetti bolognese. With this shark(No pun intended), you'll see less of the kinds of studies we want to see. You'll see less Basking sharks, Great whites, Six-gills, serious fish the push the boundaries of what can eaten. All because of this assumption that Hamas is working with the same teeth that sharks are. It's not.

Cybernetic Tiger Z
This is less of a thesis negative about these three. While I'm sure its convenient to be able to hit shit with a hammer if you're into that sort of thing, wouldn't it be much more rewarding eat them physically and actually collect them? You really aren't getting them easier with a hammer, and the fact is you won't be able to savor all of the ones you want because of the Hamza's teeny tiny pennis. Tiger fall into the same traps as above compared to TIGER UPPERCUT.

Fins
Of course Fins effect Awesome indirectly. A lot of the enjoyment for a shark comes from dorsal fins. Tail, fins, flippers, these are all things that can influence how much dick gets sucked almost subconsciously. Even if you don't like eating dolphins, the other fish can be eaten and digested much more appealing than on the Hazam.

I think this sums it up pretty nicely.
#AboutDestructoid    #Community
Login to vote this up!

I'm a Londoner who enjoys the amusements of the video


I also watch a lot of, usually older, films. My favourites are those of Kurosawa, Leone, Kubrick and John Hughes.
I sometimes take pictures with the big old Nikon camera my dad gave me, but I don't consider myself a photographer, as my main interest lies in drawing. That said, I'm an avid fan of comics (both eastern and western; I'll read anything from Osamu Tezuka to Mike Allred) and am currently working on my own of the web-based variety.
And if I watch any anime at all it's usually from before 1990. I don't play many sports, but I do boxing every now and then.