Sony Vs. Pirates: On The Defense 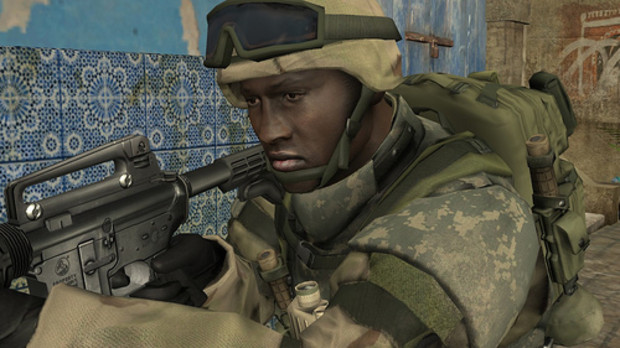 Included in the release of SOCOM: Fireteam Bravo 3 for PSP is a code, unless you buy it directly off PSN. This code is good for one redemption and it's valid for the online modes within the game. Essentially, without the code, you have to spend $20 to take this game online. It's a bold move on a system that's been severely crippled by software piracy, but how effective is it in the long run and who ultimately gets hurt?

The initial panic wave is, of course, used game values. Anytime this stuff is done, most people jump on this and digital distribution of PSP games has heavily been attacked by lack of resell value accusations. Of course this is, 9/10 times, by people who either don't understand how badly they get fucked on the PSP resell market or by people who don't own and never intend to own a PSP and prefer instead to find any reason to bitch about Sony.
Regardless, this code WILL kill your resell value if you redeem it. Which of course means instead of getting $8 whole dollars back from Gamestop for your $40 purchase, you now get $2. More realistically, expect this scenario, Gamestop employees not knowing this code exists, keep it in the case on the show floor. PSP pirates, thus extending their lack of morals further, steal the code from the display cases meaning the legitimate consumer paying full price for a used game, gets hugely fucked on this deal. This is the dark side, and let's not forget it, but let's look further.

There is a video podcast on Youtube entitled NooBTube. Strong following, decent quality. A listener sent in a message that asked which is better for online capabilities between the DS and PSP. Now keep in mind these are hardcore ass gamers, their hobby and passion is foremost on their minds. Their response? PSP apparently needs to be tethered somehow by ad hoc and doesn't support voice, so DS is the obvious winners. Except, of course, the fact that PSP had fully online games at launch and supports voice via mic since Fireteam Bravo 1 and natively (built in the console) since PSP-3000. The tethering they claimed was required actually extended the multiplayer to any PSP game with multiplayer, essentially taking almost the entire PSP library online. Something the DS simply cannot do right now. This was a MASSIVE misconception of what PSP's abilities are from hardcore gamers.

Which ultimately begs the question, what impact this will really have? Casual to Core gamers have no clue PSP can actually go online unless they hear about another Playstation Pornable news story. Hardcore gamers are hardly playing PSP online. And thieves will use this move to essentially validate their thieving ways with righteous indignation (see also: Spore piracy) while playing the less restrictive Fireteam Bravo 2 online and ironically bitching when Fireteam Bravo 4 didn't happen thanks to lack of sales. And Sony? They just get one step closer to finally putting to bed a great system with great games that nobody wanted to pay for but loved to play.
#Community    #PSP
Login to vote this up!