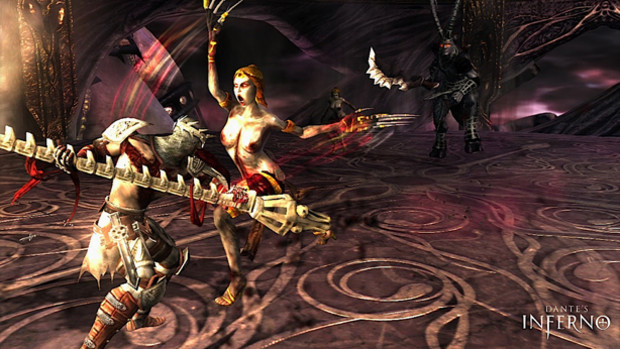 Going along with the epic cinematic scenes, there is a rich orchestral score that complements the heroic feats you�ll perform in the game. Much like in God of War, the music kicks in at the right moment during boss battles. The voice actors are great and definitely bring out the epic premise of the title. Hearing the echoing voices of the damned as I traversed through the game sent chills down my spine and definitely added to the atmosphere.

Overall, Dante�s Inferno is a good game, despite not being terribly original. The game has its issues with a lack of camera control and the cheap deaths can be frustrating. If you enjoyed God of War, I would recommend checking the game out. It�s very short and even though there is DLC coming out in the near future, I�d say the game is still worth a rental.