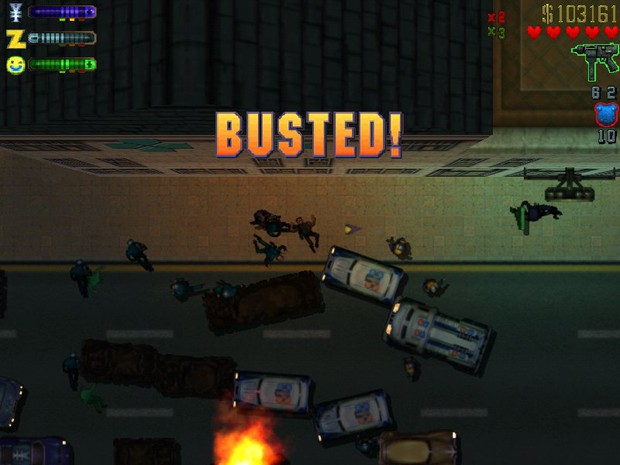 While the former example has arguably adheres to narrative at the expense of gameplay quality�many believe that the lack of a gameplay consequence to death hurts the Bioshock experience�the latter has created punishment mechanisms for the player�s death. The mission must be reattempted, the players funds have been diminished, and (if arrested) the player�s weapons have been removed. The reason or possibility of resurrection need not be plausible within the real world�a certain amount of suspension of disbelief is in order. However, the useful aspect of this solution is that the level dissonance between the player�s death and the game�s narrative is reduced. The player does not need to mentally separate the moments when the videogame is being �a game� and when it�s being �a story.�

I propose that the age of �unexplained resurrection,� must come to a end, at least if the developer hopes to form a cohesive game-world that is interlinked with its narrative elements. This imperative is not meant to apply to all videogames�different games have different goals. Some games are meant to be more �gamey�, while others are meant to be strong narrative experiences�and it is in this latter category which the developer must strongly consider the importance of integrating gameplay mechanisms with narrative structure, especially with respect to death as a gameplay mechanic.
#Community
Login to vote this up!

For the most part, I'm an action gamer - I usually need some sort of explosion to keep me interested in. Puzzle games are also fun though.

Since it's school time, game playing has been much less than usual.