10:51 AM on 02.12.2010 (server time)    0
I know people who are experts at fighting games, shooters, rpgs, racers, etc. But that is not my case, I mean I could say that I have an expertise in RPGs, but I really don't play that many to be honest. I could argue that my expertise is in SHMUPS, but there are people who are MILES above me when it comes to SHMUPS, which incidentally is my most favorite game genre. No no, my expertise is in being awkward.

What do I mean by awkward? Well to me, no matter what game genre you play there is always an unspoken truth as to how one Should play these games and honestly I don't really subscribe to that notion. I believe you can play a game however you fucking want, within the constraints of the game mind you, which is what lead me to say that my expertise is in being completely awkward when it comes to what I'm playing.

For starters Halo 2 and Halo 3/ODST. How do most people play it? Snipers, grenade jumps, and exploits, etc. etc. Me? I prefer to play it using the things the game has given me, that most people seem to ignore. Namely the vehicles and the Gatling turret, not the missile pod however. Me in a ghost is most people's worst nightmare, and there is no better person that I have come up against that is a better Warthog driver than I am. Need a pick up to cap a flag, a bomb transported quickly? You want ME in that driver seat. When most of the people I was playing with honed their skills with the sniper, exploited the noob combo, got better at sticking people, etc. I looked at the weapons and decided that none of them did enough damage fast enough for me, so you can imagine how happy I was when I discovered the Gatling Turret. Oh that was such a great day, I remember it fondly; it was during the Halo 3 Multiplayer Beta, Valhalla. I was alone, Gatling Gun in hand and a bubble shield as back up, out of the corner of my eye I see that my radar has three red dots incoming. 'Oh shit. What now?' I thought, I turn as quickly as I could to face my enemies, I let the Gat rev up and start firing, controlling the reticule as best I could. One down, two down, grenade at my feet, shields gone, I drop the bubble shield and pick the Gat back up, third one comes in and the Gat makes him Swiss cheese. Its over, or so I thought, then from behind I see another red dot on the radar turn around, bubble shield goes away, reticule turns red and I unload the rest of my Gat's ammo into the fourth opposing team member. It was fucking glorious, 4 up 4 down with just one Gatling gun, and since that moment the Gatling Turret and I were inseparable every time I played Halo 3/ODST, and most people Ive played with would agree that I have arguably mastered its use. Defending a base? I'm your man. Me and my Gatling gun mowing down everything in site. 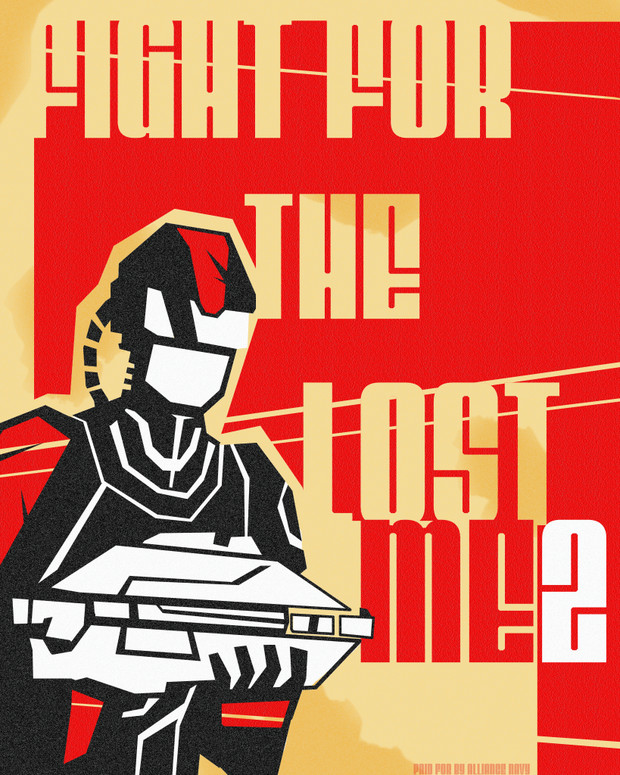 After writing this down, and thinking on a bit I realize that my expertise really isn't being awkward is it? My expertise is playing things my way, and not caring what others think about how I should play it. Be it Chainsaws, Vehicles, Turrets, Awkward builds, or just taking my sweet ass time. I'm an expert in playing games my way.

(The Mass Effect 2 pic is by our very own Suitcoat Avenger. I was so impressed that I decided to use it. Hope you don't mind Suitcoat)
#Community    #OpinionEditorial
Login to vote this up!