What Capcom should do with the TvC engine

10:10 PM on 02.10.2010 (server time)    0
Tatsunoko vs Capcom is out and SSFIV will be out soon. That means that Capcom's fighting game branch has some free time coming up. I figure they should take a break and then get back to work on some of these brilliant ideas I have.

TvC is a critical success and, from what I've heard, it seems like it will be a commercial success as well. A large part of its appeal is from the engine. It's a great engine with a wonderful graphical look and smooth gameplay. So, here are a few games I would love for Capcom to use this engine on. 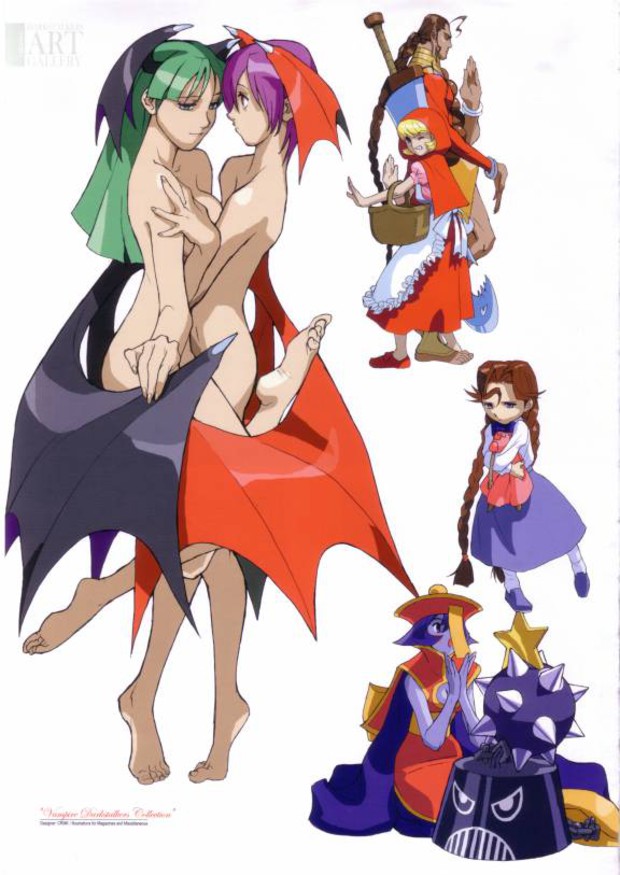 Another fan favorite that Capcom has, for some odd reason, neglected. Darkstalkers is very similar to the Alpha series in both look and fighting. Morrigan looks very good in the TvC graphics and I would love the chance to get to see the rest of the cast get the same treatment; Hsien Ko would likely be brilliant in the engine and I would love to see Victor and Anakaris get the giant treatment. That would be epic.

Back in the day, my friends and I would hang around dreaming of versus games before they were in existence. Our most longed for game was Capcom vs SNK. A few years later, we were given that game. I'm not in touch with any of those friends anymore, but I still think about how awesome certain crossovers would be. In this case, Street Fighter vs Capcom.

It sounds crazy but, if you contemplate it, you'll realize it's anything but. Picture this: 13 Street Fighters, all rendered in the TvC style, being pitted against 13 characters from other Capcom games. Characters from games such as Knights of the Round, King of Dragons, Captain Commando, Strider, Tech Romancer, Power Stone, Ghosts and Ghouls, Gotcha Force, Killer7, P.N.03 and the aforementioned fighters. If that doesn't entice you, how about this - the SF side giant is Mecha Zangief and the Capcom side giant is Mega Man X in his mech or Sigma; hell, even a Tech Romancer mech. My point is that the possibilities are endless and licensing would not be an issue, except for Strider.
#Community
Login to vote this up!