9:55 PM on 02.09.2010 (server time)    0
As a non-fan of Bioshock and God of War, I wasn't sure what I was going to be playing this week. I've played No More Heroes 2 to death, and I've noticed that everyone online is getting much better than me at Tatsunoko Vs Capcom. I still have Bayonetta to play through, but for some reason, I'm having a lapse of interest in the game.

Luckily, not one, but two interesting WiiWare gmaes came out on Monday. Here's what I think of them. 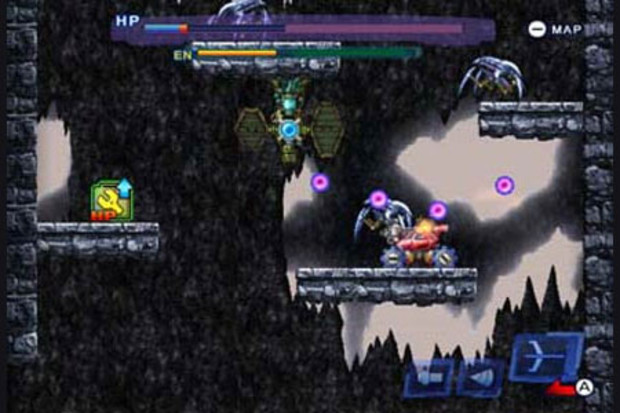 * It's not a remake of Blaster Master. The music is the same (sort ofs, the core gameplay is the same, a few power-ups return, and some of the enemies and bosses are reminiscent of the original, but other than that, everything is different.

* Like with Tomena Sanner, I wasn't totally sold on the game at first. I actually found my initial five minutes with the game to be sort of painful. It sounds and looks much worse than the NES original (to my 8bit-trained eyes anyway).

* Things get a lot more fun once you get some power-ups. In the overhead sections, you have three weapons at all time. You can switch between them on the fly. They all have specific purposes (some enemies can only be killed with some weapons, etc). This adds a lot of depth to the combat, which in the original game could feel a little mindless.

* I've only beaten two bosses so far, and obtained two power-ups for the jeep-tank. One is a grappling hook sort of thing, and the other is the "hover" attachment from the original game. Both have their uses, but neither is game-breaking like some of the power-ups in the original. Hover has been toned down a lot, and is now just sort of a glide move.

* It took me about an hour to get that far. In that time, I've seen about four areas, but only fought bosses in two, meaning the other two definitely have more to show me.

* The best thing about the game so far is that it feels really non-linear, more so than even the original game, and way more so than recent Metroid-type games like Shadow Complex or the Metroid-vanias. In Blaster Master: Overdrive, you really have no idea where the hell you're going or what your doing. It truly feels like your exploring. You have a map this time, but because the game never tells you where to go, you can still feel lost. That makes it all the more surprising when you suddenly discover a new path, or bump into a giant boss. It's very old school, but in a good way.

* The save system is punishing. It feels like classic Resident Evil, but without the ink ribbons, but more random. Unlike almost every game ever, you cannot always save right before fighting a boss. So far, every save room I've found has been in an out-of-the-way corner of a room, randomly placed for my eventual discovery.

*All in all, I like the game so far, but I don't love it like I do the original, or other sequel/remakes like Bionic Commando Rearmed. It's definitely got different strengths and weaknesses than Konami's Rebirth games, but since I love the Rebirth games, I'm not sure it that's a good thing. I look forward to playing through the whole thing, and seeing how much better (or worse) it gets.
#Community    #reviews
Login to vote this up!