Valkyria Chronicles separates the generals from the armchair generals 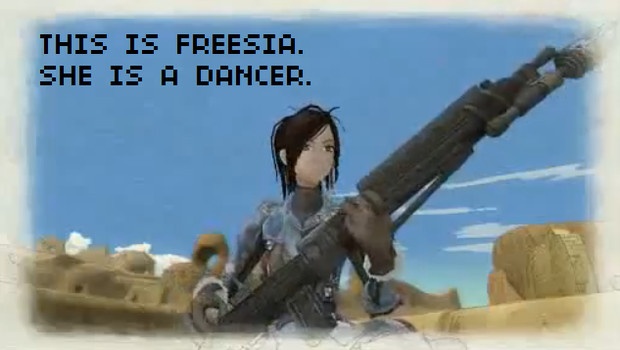 It originally appears as a throwaway feature in a game about war. The player can set up his squad from a long list of recruits, and he can view short bios on each unit. From there, the brilliance really begins to show. As Welkin fights more battles with a particular soldier, that character's bio page gets updated with more and more information. It implies that while this team is fighting together, they are also talking to one another, sharing with each other their lives, hobbies, dream, and fears. Giving a name to each soldier makes the player feel as though he has not only handpicked this team, but that he needs to take care of them as well.

Gameplay-wise, there is little penalty for losing a soldier in battle. They can be replaced with others of the same class after a battle, with nearly identical combat ability. The only real penalty of losing a nonessential character to the enemy's fire is the weight of guilt on the player's conscience.

After coming upon this revelation, I realize now some things about other games I've played in the past. A more apt comparison to the Advance Wars games is the Fire Emblem series, and yet, the one key difference of permanent character death in Fire Emblem has kept me from finishing the game on two separate playthroughs, while I have beaten three of the Advance Wars games, each two times over.

It has been said that a great military leader is not only one who can win a battle and bring back all of his men, but one who knows when to sacrifice his team to win the war. But if my soldiers have names, I cannot be that man. I am no general; I cannot lead my men to death.

But as I continue through the game, earning my C-ranks and D-ranks, I will take solace in knowing that although I am a poor military leader, not a single member of Squad 7 will be left behind.
#Community    #PS3
Login to vote this up!