How Heavy Rain Pushes All the Wrong Buttons 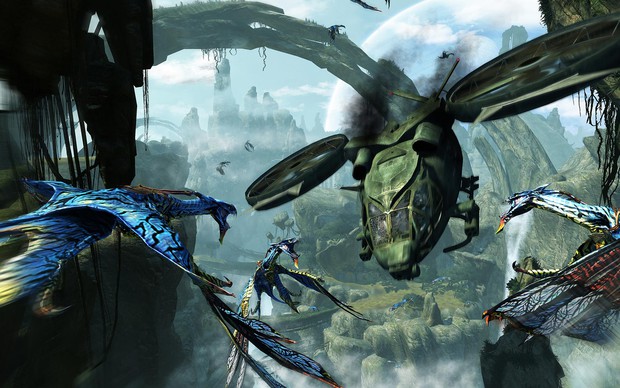 Recent articles on Destructoid have highlighted this last fire-starter, as many have come forward to say that they aren't big fans of what they perceive to be an attempt to make Heavy Rain more like a movie than a game. The thing is, Indigo Prophecy already did the same exact thing- how big of an issue should this be in 2010?

Well, this is just poor timing and bad luck, honestly. Since Indigo Prophecy, we've had more "are games art?" debates than you can shake a frozen turd at, not to mention the continuing onslaught of awful film adaptions of games, as well as the continuance of the time-honored tradition of shitty games based on film licenses. Gamers simply don't want their games and movies to mix.

Then, there was Avatar. What normally would have been just another blockbuster got blown out of proportion entirely in the gaming community, particularly because James Cameron insisted upon making comments about certain characters being influenced by gaming culture, as well as insisting that his movie was even more immersive than a great game could be.

Now, I agree that games should focus on their strengths and not try to be something that they're not, but is Heavy Rain really trying to be a movie? No. The quoted blurbs from the review mailer Jim Sterling received compared two elements to that of films- the narrative and the production values. How many of you really want to say that gaming, as a whole, seriously competes with mainstream films in those areas? Come on, now. That's ignoring the fact that this type of crap is written to sell the game to people who are on the fence, and are not written by the people that actually created the game. So, Heavy Rain is bad for gaming because some marketing majors decided to compare a couple of elements of the game to movies?

Okay, So What Does All This Mean?

So, that's what I came up with. This all comes together at a perfectly bad time, as the "console wars", the tradition of cocky developers bragging up their games, people's dislike of QTEs (and the "casual gaming" fad that they supposedly represent) and the non-troversy regarding games trying to be movies have all built up to a high level. For one game to represent all of these issues means that there is probably no end in sight to the ridiculousness we've already seen in the comments sections of any and all Heavy Rain-related stories here.

I'm not naive enough to think that pointing out all of the characteristics that get people riled up about this game will change much, though. If you're the kind of chap that gets fired up about a game that you haven't even played yet because of something a developer says or gameplay elements that you haven't even tried yet, self-evaluation is probably not your strong suit. And as for the other stuff, well, we've already seen that nothing will bring an end to the great console wars.

However, if even one person can just acknowledge that maybe the reason that they hate (or love) Heavy Rain before it has even been released has little to do with the game itself, I will be pleased. Maybe at some point later this month, we can all give the game a chance and STFUAJPHR.
#Community
Login to vote this up!