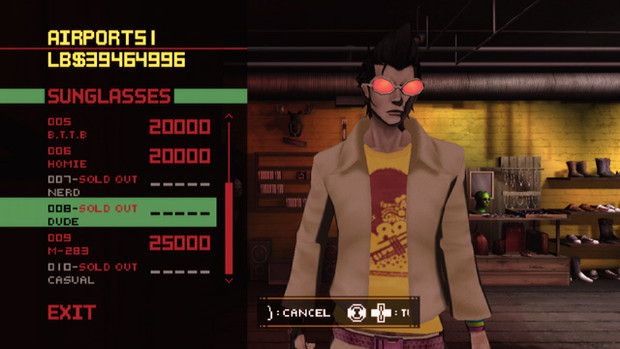 Still playing the game, partially for work, but mostly because... I can't stop. I'm pretty far along into a second play-through on Bitter difficulty, and I'm having just as much fun as I did the first time. There are some levels, like the Metal Gear Solid stage, that I've probably played through six or seven times. It's still fun for me.

So here are some things I found out since I wrote the review.

- There are some really big combos you can pull off if you do more than button mash. Mixing up punches and kicks into your high and low katana swipes can go a long way.

- The Metal Gear Solid stage has two slightly different paths. That was fun to find out.

- Some people are saying that the 8-bit games aren't fun, that the combat is repetitive, and that Shinobu's platforming sections are terrible. If you are one of those people, I feel badly for not somehow speaking to you in the review. It's just that I don't have any issue with that stuff, even on the second play-through.

- The one topic I wish I had addressed in the review are two parts of the game, near the end, after Travis has started to become disillusioned with being a part of the UAA. This was the only time when combat gets a little too grueling. Enemies just keep coming and coming in the same big areas, with no background music to keep it fun, and with a lesser level of enemy variety as well. Chances are you will turn into a tiger a few times during these bits, and that's always fun, but it did cross my mind at the the end of those two areas that I wasn't sure if I wanted to keep fighting the same guys in the place for much longer.

I didn't think to mention it in the review, as those areas really didn't stand out in my mind. As I played through them the first time, I remember that just as I was getting sick of them, I moved on to the next part of the stage. After that, the music kicked in, the enemy variety picked up, the environment became a more active part of the experience, and there were unlockables to find.

There was probably a total of two minutes in both of these stages where I was actively wanting the game to move forward, quite a small fraction of the game's play time of 16:30 hours. Still, I should have mentioned them, not only to warn people about them, but to muse about them as well.

I really think it's weird that these to sections of the game, both notable for their lack of music and excessive placement of enemies, both happen right when Travis himself is questioning if he wants to keep doing what he's doing. Going to have to see how I feel playing through those parts again, and see if there's something to that.

- Bitter difficulty is way harder than the standard difficulty. Some of the bosses will feel completely impossible, but without feeling unfair. With skill and practice, you can beat any of them, but for some bosses (Destroymen comes to mind) you will need near-total precision and a perfect strategy. Any complaints I had about the game's difficulty at first are now gone.

- If you save your game with Shinobu, then restart your Wii, you get a new opening screen that features a pixelated Shinobu in the shower. Hot.

- I'm still not sick of the Getting Trashed, Man the Meat, Bug Out, and Tile in Style jobs. Stings So Good, the throwback job to NMH1, has also grown on me as well. Trying to catch a silver Scorpion makes for a fun hunt.

- The ending works a lot better for me now, as do a lot of the boss fights which seemed random at first. As a whole, the game makes more sense the more you play it, just like the original.

- I wish there was more to do Naomi (the beam katana designer) and Jeane (the cat).

- My only real complaint about the game is that I knew just about everything about it before it came out. Every boss fight, side game, and character had been shown to me, and you too if you read all my posts. There were a few surprises, like some of the things that the last boss does, and what Jeane achieved when she reaches a certain weight, but overall, I think I knew way too much about this game before I played it. For that reason, and a few others, NMH1 will always feel more special to me than NMH2.

But overall, I like NMH2 more.
#Community
Login to vote this up!