PAX EAST: Updating you on WHY YOU CARE

12:46 PM on 02.01.2010 (server time)    0
So it's been a while since I've seen any real PAX East love on the c-blogs. It's almost as if people don't think that this party will be every bit as awesome as PAX Prime. Well, I tried to tell you before, but that was a while ago, and there are some new things you need to know. So here they are:

1: The Return of the Greatest Concert Series Known To Man 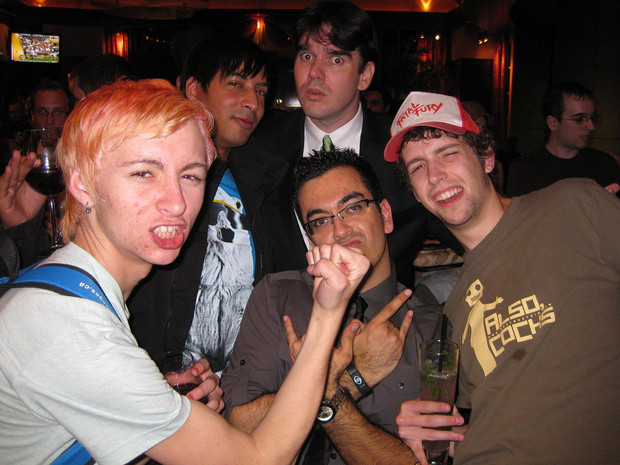 We've got a Google group, we've got a few forum threads, and hell, we've practically got our own unofficial Dtoid hotel for the con. Turns out Kauza and I are on the same damn flight into Boston. Plans are being made. Drinks will be had. Friends will become intimate lovers. You DEFINITELY want to be in on these shenanigans.
The list of confirmed community members grows daily. The Google group membership stands at 73. I'm not totally sure which staffers have confirmed that they'll be going, but I do know that I'll be able to ask Brad Nicholson about his shoe size in person, AND Nick Chester can give me shit for making fun of his speech impediment. Now I just need to figure out if I can buy Topher that beer.


Sufficiently excited yet? I know I am. This thing is only about SIX GODDAMN WEEKS OUT.


WHY AREN'T YOU CONFIRMED YET.


JESUS.
#Community
Login to vote this up!

I'm Danl. My twitter is @DanlHaas. I'm not planning on using this here blog for too terribly much (post-con picture dumps, primarily), since I write for DualShockers, but I hang around here a lot for the forums, Dtoid Midwest (which I run with the very sexy Jon Bloodspray), and The Alcoholocast, the community podcast Allen Park and I run.

My Promoted Stories:
Playing With Others: The Cyberathlete Amateur League

Other Monthly Musings:
A Cast of Thousands: The Merchant (RE4)