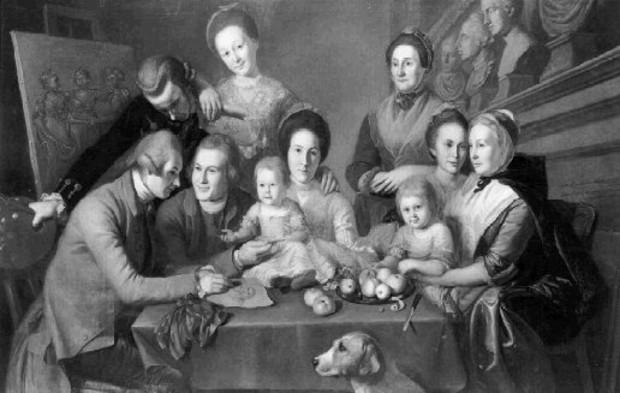 After reading an article today, written by known 360 fanboy Jim Sterling, I was very moved by much of what I read in the comments section. Since we all know Sterling to be something of a tyrannical ogre, I felt inspired to write a brief rebuttal to his "article" and to his nasty retorts in the comments of said article. Destructoid has shown itself to be a community in which those who have differing opinions, can be given a forum in which to do so intelligently and civilly. I hope that this article will provide a voice for the voiceless and all those poor souls who, like me, are forced to read through his oppressive writings. However, for the remainder of this blog, I will do my best to remain polite and try to logically and coherently point out all of the many reasons (several spotted by fellow members, who will remain nameless so as not to expose them to Sterling's inevitable wrath) that Jim's article is just plain wrong, in every sense of the word.

I hope those of you who feel similarly will read on.

Many of you are probably wondering why I chose that particular header image (pictured above) for this article. Well, seeing as how I hope this blog will be a general and overall rebuttal to Sterling's, I decided to make my header image part of this counter-argument. As pointed out by a fellow member, Sterling's header image...nay, all of the header images he employs are, to put it simply, "smutty filth". There is no place for such pornography on the internet, James. I understand that, like the aforementioned member pointed out, you are probably very lonely and feel the need to subject us to such imagery to make us understand your loneliness; however, I suggest you go out and try to find yourself a nice wife. Maybe by having a family, you might not feel the need to force your lonely perspective on the rest of us. I present to you an example of acceptable imagery. Above we see a family, FULLY clothed, and enjoying a plate of apples with their dog; a breath of fresh air on this site, I assure you. Please remember this image, Jim, before you feel tempted to post another image of a woman wearing a blouse.

Now to move on to the actual content of the "piece". Sterling begins his diatribe by pointing out that the new title, Hard Rain (I think some of you in the comments section might be misinformed on the name), from Quantic Dream is marketing itself as being "film quality"; which I think we can all agree, while probably effective marketing for the uninitiated, isn't necessarily productive for the gaming industry as a whole since many, though not all, developers and gamers are hoping to encourage the medium of videogames to take pride in what makes it different and unique from other forms of art. That being said, it was what followed that reasonable and defensible claim that I think many took issue with. Sterling went on to attack Hard Rain; saying things like: "It's a disservice to videogames..." and "There's a real problem...". A problem, indeed...a problem, indeed.

I know many of you are split on whether Hard Rain will be a true "game" or simply a movie that plays on the screen while "you just press buttons" (as one member eloquently put it). While I personally agree with the latter sentiment and hope that one day we will be free from a system that uses pictures and buttons altogether, I will go ahead and charitably approach this article from what I feel is the more sympathetic perspective held by many members; that Jim Sterling is attacking this game without having even given it a chance. Perhaps, as one member pointed out, his "fatness is going to [his] head", but even an understandable condition like 'head-fatness' doesn't excuse his need to condemn the game without trying it first. Let's pretend for a moment that Quantic Dream is, in fact, trying to do something new and different with our preconceived notions of story, presentation, gameplay, and interactivity. If that "were" the case, I think most reasonable gamers and human beings would find it tasteless and lacking in decency to condemn such an effort without even experiencing it. I hope that once you've had a chance to play the game, you might reconsider your stance. In the words of one member "Give it a chance".

However, the title of this article is not "Is Jim Sterling doing Decency a disservice?", something we already know for certain. I'd like to briefly examine the effects that the article in question and, in fact, all of Jim Sterling's articles are having on Destructoid as a community. Now I'm sure many of you will expect me to condemn Sterling's articles because of the harmful and contagious opinions he espouses and because of the membership requirement that forces us to read and comment on them. I don't like it any more than the rest of you. However, that being said, consider for a moment the result of those heinous pieces of writing. They have all brought together this community in an effort to speak out against our dictatorial leader. Without Jim and his articles, some of us might not have anyone to make fun of for being overweight or for having thoughts that weren't ours first. Jim is the necessary evil; he's not the villain this site needs, he's the villain we deserve. I say, 'Three Cheers for Jim Sterling!' We can always remember that however terrible his writing may be, it always manages to bring the best and brightest of our community together against him.

I'd finally like to briefly address Mr. Sterling, himself. I understand that you aren't capable of correctly understanding how "GAME DEVELOPER ADVERTISES AND MARKETS GAME TO PUBLIC", but try to "open your eyes and take the twinkie off your mouth", put it in your mouth instead. Don't speak out against Hard Rain because it's comparing itself to a film, remember that "comparisons is how the brain works". I just think it would be a shame if your ignorance about what you were writing about, your impatience and inability to properly read the materials you were criticizing, and your quick temper fueled by blind loyalty to your previously held beliefs, were all responsible for more "articles" that, like this one, "turn[ed] everyone against the game". I hope you learned something here, Jim. I know the rest of us haven't.
#Community
Login to vote this up!