My problem with "revolutionizing" Rail Shooters. 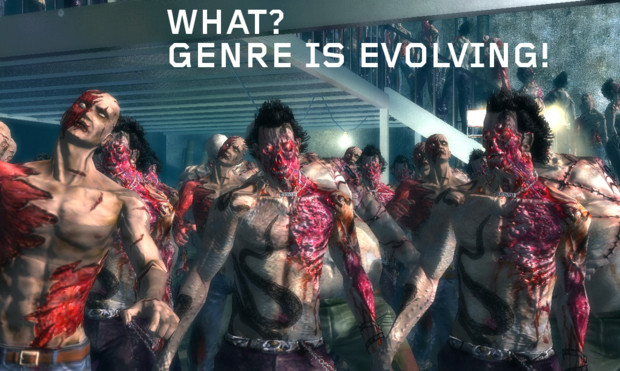 The Wii seems to be the new home for the previously dying genre of On-Rail Shooters. I would absolutely love this if it hadn't been for every new rail shooter to come out trying to reinvent the genre. The thing I've always loved about rail shooters like House of the Dead and ARE51 were that they were easy and quick games to pick-up and play! Now developers want to make their games worth $50 dollars just to sell them for $50 even if the game its self does not want to be deserving of $50. They're turning a quick romp of a game into an overbearing unwelcome visit from one of my favorite Arcade genres.

The game that made me realize what they're doing wrong was Resident Evil: The Darkside Chronicles. I just finished the game today and I enjoyed it to an extent. My issues with it were the same issues I had with Dead Space: Extraction. Slow, too long, and repetitive (which is synonymous with rail shooters, which is why they're meant to be short). This genre was not meant to tell an entire story, which is what seems to be the new fad for this kind of game. They're all trying to be interactive cinematic experiences from the perspective a hero when they shouldn't be like that at all, unless they can make it actually fun to play. My playtime of Resident Evil: The Darkside Chronicles clocked in at a little under 11 hours. I was playing on Normal, by myself, and using the pistol mainly (if that matters). That is way to fucking long, CAPCOM!

Thanks to the length of the game I started to realize "All I'm doing is aiming at their heads over and over again and then shooting a boss' heart." which is normally the formula for all rail shooters - BUT I DON'T WANT TO NOTICE IT! By the beginning of the Code Veronica levels I was hungry for the ending. I remember a time when I never wanted House of the Dead 2 to end, and I could continue killing zombies in Rome with their lovable cheesy populace! Now with every new rail shooter I want it to end before it gets started!

I think the only people doing it right are the masters of the genre, SEGA! House of the Dead: Overkill while not as good as its previous installments and incorporating elements of what I hate but toned down, it was still really fun and funny. And re-releasing House of the Dead 2 and 3, what a cool thing to do! Now all they need to do is release House of the Dead 4 and I'll never play any other rail shooter ever again!
#Community    #Retro
Login to vote this up!

If for some reason my Gamertag, PSN, and Steam don't show as they are right now. I'll provide them here.


Hello! My name is Braden! I'm known on a few places as Take_Opal and a few others as Wasphone. So yeah. I play video games, and I enjoy discussion about video games too! Unbelievable! So yeah...