Some games that should be backwards compatible, Microsoft.

1:51 AM on 01.28.2010 (server time)    0
So, I'm sitting up here at 3 AM, stricken with insomnia and digging through my game collection to play some old gems on my Xbox 360. You know, I've heard that Playstation 3 gets a lot of shit for not being backwards compatible. I personally don't understand it. I mean, EVERYONE already has a PS2. So, you want to play Mister Mosquito but you're too lazy to take the five minutes to unplug your PS3, plug in your PS2, and put in Mr. Mosquito? Come on!

Well, it appears that Sony's approach to backwards compatibility is now "release it on the PSN for $10", and I see where they're coming from with that. People get to experience PS2/PS1 games they never played before, or they're able to get their favorites on PS3 because their PS2 is broken, or they're too lazy hook up the old PS2 to play Psychonauts.

The Xbox 360 is more user friendly when it comes to backwards compatibility than the PS3, as far as "putting in an old Xbox game and playing" goes. The majority of PS3 models on the market now won't play PS2 or PS1 games, so you have to either play your discs on an older system, or hope your favorite game is on the PSN for purchase. With the Xbox 360, you just have to get the "play old games" update on your console, and if your Xbox game is on The List, you're good to go.

Microsoft has provided a few old Xbox games via Games on Demand and the now-defunct Xbox Originals program, but the problem is that not every Xbox game will work on 360. And it's not just a matter of "oh, you just gotta hook up your original Xbox and pop the game in" if you want to play a non-supported game. The original Xbox was terrible! No one still owns one of those!

So, now I have a few great Xbox games that I can never play on my 360 because they're either not backwards compatible, or not released on Games on Demand. So here's a few games I want to be updated for backwards compatibility on the 360 (even though it'll never happen) 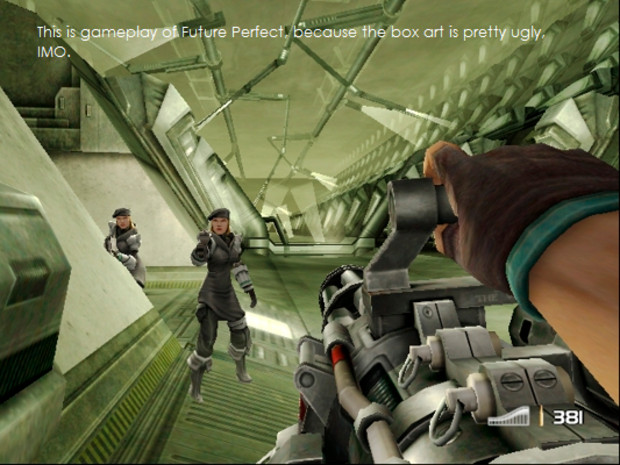 I've heard that the original Halo game is on Games on Demand and has fully supported online. That sounds awesome, for Halo fans. But could you imagine if these games, arguably some of the most enjoyable shooters EVER were supported the same way? Full online play and map sharing over Xbox Live...I'm getting a half-chub just thinking about it! I'd love to throw bricks in the faces of people on Xbox and get racial slurs yelled at me for using the Monkey characters. 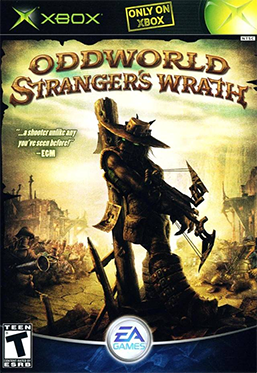 This was one of the few games that I felt was worth owning an Xbox to play, and it's not backwards compatible! Oddworld: Stranger's Wrath has one of the most original combat systems in any shooter I've ever played, and I'm honestly surprised that it didn't show up in the initial batch of Xbox Originals.


I know this blog doesn't make much sense. I'm quite sleep deprived and I have to be in class in 6 hours so you know, happy Thursday and whatnot.
#Community
Login to vote this up!