Tatsunoko vs. Capcom vs. Sleep


My receipt was marked with the number '8'. I was eighth in line to get my game. The person directly behind me was getting Tatsunoko vs. Capcom too, although most people were in line for Mass Effect 2 or MAG. But I got my copy of Tatsunoko vs. Capcom nice and early, got home before 1AM, and played with Noelani for a while, until she fell asleep. And then I played some more. I now know from personal experience that there actually are other people playing online ranked matches at five in the morning on launch day.

And unlike the god-awful online experience I had playing Brawl, Tatsunoko vs. Capcom is actually playable online. Some matches have been completely perfect, others have had some intermittent lag, but every match I've participated in online has been playable. So yes, the online works so far, and I've had a good experience with it even though it's only been about two days. 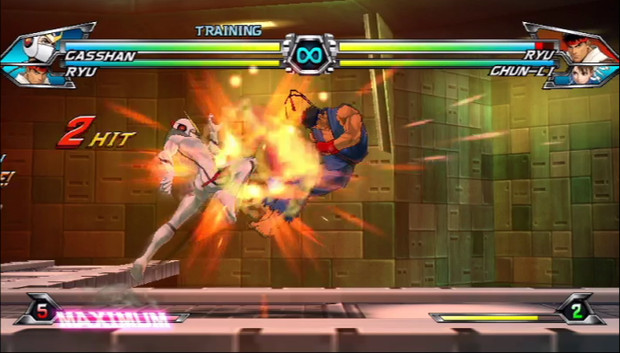 Tatsunoko vs. Capcom has an amazingly interesting and diverse line up, and the gameplay is fast and fun and furious. My girlfriend can pick up a Wii remote and nunchuck and do a super by just pressing two buttons, and I can take it to a random party and convince my beginner friends to play this instead of Soul Calibur. It's flashy and over-the-top and it's beautiful. It's a more balanced game than Marvel vs. Capcom 2, and it's got less filler. And it's online.

Tatsunoko vs. Capcom is easily the best fighting game of this console generation. Buy it.