11:49 AM on 01.26.2010 (server time)    0
[Disclaimer: This blog does not represent the views or opinions of Enkido as he exists in a sane state and he cannot be held responsible for the content expressed in this article. For real, he is kind of disappointed at the moment. Also, cocks.] 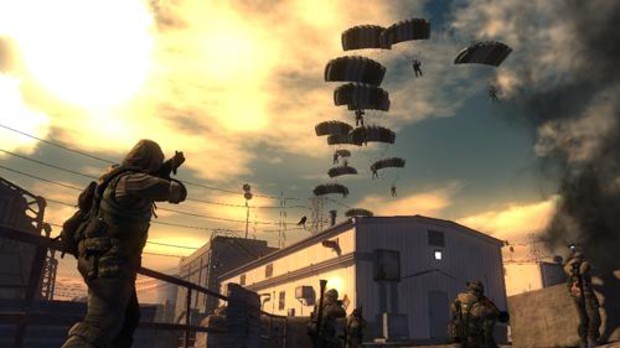 Sooooo, MAG launched today and I am one of the people who decided to participate in Zippers grand new experiment. Well I got the game today and I have to say my very first impressions are a bit of a let down.

Before I begin, I must say that I have participated in several of the betas and found them to be quite enjoyable. Something happened though between then and now and I feel I should share what my very first thoughts are now that I own the game. It started this morning when I woke up. I went to my only class at University, a riveting and gripping to the point of passing out study of the American government as it works today, waiting for it to be over so I could get the game. Well I finished the class and went back to my on campus apartment to get my car and go. This is where the negativity began. My car is old and the lock doesn't work very well and so I had trouble getting the door open. Aside from that my car had recently been broken into by a retard who took only the faceplate from my radio (not the radio mind you, just the faceplate with the volume control and station selector) and my car cell phone charger, so I was essentially found lacking for music. A small set back and I was soon on my way regardless. I arrived at the mall that houses the local Gamestop from which I pre-ordered the game. Parking was atrocious as it always is but I managed to find a spot about 2 miles out and proceeded to walk to the mall. I got there and went strait to the Gamestop. From there I went inside and stood in line while the one clerk attended to a very talkative and curious customer. After several minutes, said customers ravenous curiosity was satiated and it was my turn to speak with the clerk. I told him of my pre-order and after several formalities my game was retrieved. He asked if I wanted to pre-order anything else while I was there, him being the master of sales that he was, sly fox, and indeed I pre-ordered God of War III. Then came time to pay... I can honestly say that this was one of the worst experiences anyone can have, paying for things. Never the less, I made my purchase and the disappointment finalized. I left with bag containing game in hand and returned to my car.

I returned to the apartment and went to my room to examine my purchase. It was then that my disappointment began. Just looking at the cover I could tell that it didn't look good. The box art is quite frankly ugly. I had somewhat expected this, but why is ours so bad when the European and Japanese iterations are so well done? As an aside, the soldier on the box kind of reminds me of Ryu Hayabusa from Ninja Gaiden, I think it's the helmet, anyone else think that. Moving on from that the packaging is an absolute nightmare. I swear, the next step in human evolution needs to be some kind of claw or blade that comes out of our finger or something so that we can open this packaging. God, Allah, Vishnu, whoever, someone get on that. Eventually I got it open, and opened the box and put the game in the system. As a small consolation prize it seem that the slip for the game can be reversed to a more tolerable cover. Anyway, I put the game in did all the updating and whatnot that has become standard procedure and was ready to play. To my dismay my mic had been left on by my room mate the night before and required charging. Now the mic is very important in this game and any player worth his salt has one, especially on MAG according to the betas. And so disappointed I left the system in the common room on to charge my mic and went to my room to write a blog about my disappointing very first impressions of MAG.

Also, for no reason should you ever search the word "MAG" on Google images without the highest filtering settings. Trust me.
#Community
Login to vote this up!