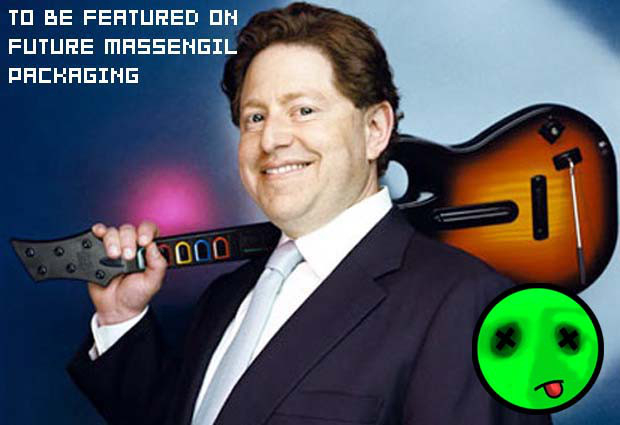 Imagine a world for a minute. A world where Electronica music is embraced, popular, and people love it. A world where DJs get at least a little respect. This is the world Activision thought we apparently lived in. And it's easy to see that mistake. The most popular music in the world rips off electronica from 5-10 years ago, this music sells anything from cars to cell phones to Maytag appliances. This music is used more and more in video gaming and movies. Let's face it, it's an easy illusion to buy into just because most of the world likes electronica whether they're willing to admit it or not.

And so DJ Hero was born, targeting a section of DJing three years past it's prime (The Grey Album was the decline folks, with only Girl Talk being one of the last island of quality) and a simple thought, "This shit is going to be bigger than Guitar Hero." Anybody who's a fan of electronica could have told them this was wrong, but they not only saw a huge empire but wanted that empire for themselves.

Enter Scratch, a joint project between Numark and a development studio. Their goal? A bigger better Beatmania with licensed music and a hip hop focus. This will not stand. And so Activision bought out the studio developing Scratch and began to actively sabotage the competitor from the inside. Milestones weren't being hit, dev kits were being withheld, controller prototypes were being held onto long past their test phase, and essentially all sorts of badness. We had a much worse version of the exact same behavior Activision used in their war against Rock Band on the PS3. Eventually the courts started clamping down on Activisions behavior but the goal was achieved regardless. Scratch couldn't make their Fall 2009 debut and slipped into 2010.

DJ Hero would stand on holiday shelves alone. Which, if the world Activision was living in was the real world, would have been a great boon. But we don't live in that world. You see, most people look down on DJs and DJing. And it's also a fairly complex vocation. Beat matching, crossfading, scratch technique, real hard work goes into this and Daft Punk is more known outside of electronica fans for their anime Interstellar 5555 than their album Discovery. Activision fought and lost a million dollar war for a niche game. Bravo, Activision... you're such a douche.

And there's the 2009 negs. Good night, everybody!
#Community
Login to vote this up!