More thoughts on Tatsunoko vs Capcom 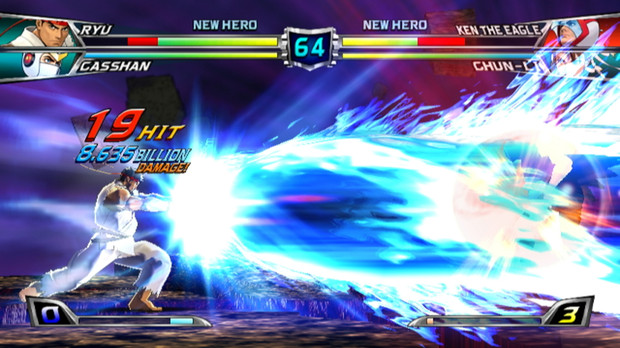 Tomorrow's the day. TvC will finally be released in the West. Overall, most fighting game fans seem hyped for the release but a few seem uninterested. For those hyped, plan to exchange friend codes tomorrow. I plan on spending an hour or so unlocking characters and getting used to the fighting system and then hope to get in some online games with the community. This will be casuals, but I assume most of us will be playing to win.

For the few that are unsure, here are a few points to consider:
1. SFIV/SSFIV is not the only fighter. It's easy to forget that the fighting game community survived a drought that lasted from 1999 - 2008. At that time, the only fighters available were the yearly King of Fighters or other, even more obscure Japanese fighters. It's sad to see a resurgence in fighters only to ignore other great titles.

2. TvC is a unique take on Capcom's Vs series and a damned good fighter as well. The engine is faster than SFIV by quite a bit. Combos can be broken with megacrashes. The cast is more diverse than most other fighters. It feels like an older Capcom fighter in that the inputs are more accurate than SFIV.

3. TvC offers a lot to new players while still catering to veterans. All companies producing fighters are trying to please both old and new players; BlazBlue used simplified movesets; KoFXII stripped down character movelists; SFIV increased input leniency and added shortcuts. TvC steps above all of these by adding a simpler combo system which can be linked to create massive combos and also uses simplified motions. Most supers are QCF + 2 attack buttons. This approach levels the playing field without providing detriment to either group.

4. Most of us never thought this fighter would reach our shores. It's here and it's up to the players to tell Capcom, and other companies if we care. If you're remotely interested in this game, get it day one. Send that message.

If you have a Wii and are interested in the game but decide not to buy it because it's not on an HD console, you're a fucking idiot. I can understand not wanting to buy a Wii for this game, but avoiding it due to its platform is ignorant beyond belief, especially if you own the console. Don't be that guy. It's a great fighter and it's been tweaked and improved for us. In fact, I consider this Capcom's first great modern fighting game. SFIV is good but this is a masterpiece from the graphics to the music to the engine.
#Community    #Wii
Login to vote this up!