What? How come nobody is talking about this? 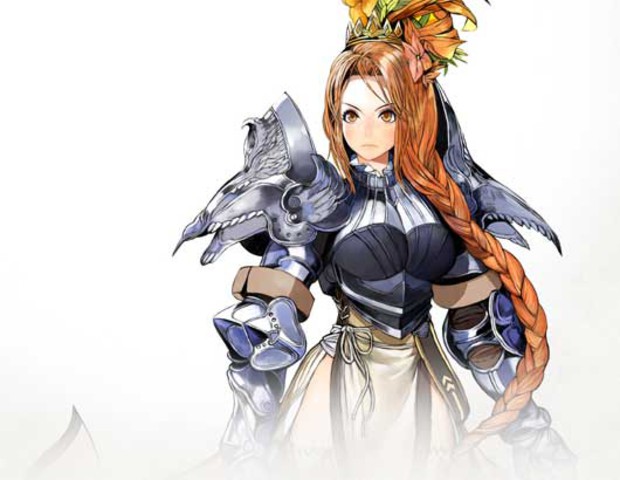 
A friend linked me to the teaser-esque website for this neat little game.

The game is called Fantasy Earth Zero. It would seem that it was once to be apart of the Playonline service provided by Square Enix. Square eventually canned the idea due to lack of "demand". Meaning it didn't have the word "Final" in addition to "Fantasy" in the title, therefor no one cared.

Luckily Gamepot picked it up and changed it from the pay-to-play type of MMO into the now popular "free-to-play, unless you want the really cool stuff that you have to buy with the currency we will sell you for real live money" scheme that a lot of free online games abuse nowadays.

I'm basically just ctrl+c, ctrl+ving the Wiki entry now, so you can read all about it there. I'm intrigued both by the gorgeous look of the game, and the fact that it still says Square-Enix at the bottom of the page. I'm a former big fan of Final Fantasy XI, so I like me some JMMORPG in a sense. Anything different from World of Warcraft is always refreshing to me.

Though you can read all about the features on the games site, here's some of the bullet points that caught my eye...

-> Hyper Active Combat: Apparently this MMO asks a little more of you than to "click on buttons, wait on the thing to die". It also supports the Xbox360 controller? Cool!

->5v5 to 50v50 PVP: PVP on the massive scale is always kind of an issue, be it organizational or otherwise. Server strain comes to mind as well. If it can run smooth and look so pretty it might be worth checking out.

->3 Distinct Classes: This seems like a limitation, but it goes on to mention a ton of skill options and such. Meaning that you start as an archetype and find your particular niche through fine tuning. I'm a fan of such systems personally. It's just more interesting when you don't have each class playing with the exact same skill set. Still, balance is an issue and while I like this particular feature, it also frightens me...

Overall the whole thing reminds me of the original Final Fantasy Tactics. Something about the style of the characters, I can't really explain it. It invokes nostalgic feelings in me that make me more excited about this game than I probably should be.

What I find really odd is how no one has mentioned this game at all. The only thing I could find on Dtoid about it was an old post talking about how Square was making their own money.

The only reason I can think of is that it's a free-to-play MMO? Did that stop us from talking about Dungeon Fighter Online?

I think it looks really cool. I'm going to apply for the beta just to see if I can check it out ahead of time. If it sucks, well hey! It's a free to play MMO, right? 3/5 of those things suck ass.

Still I wonder if it catches on could we see ports of it to other platforms? If the game lends itself to being better played on an Xbox360 controller than it could do very well on those systems. Especially considering the micro-transactions that make the game it's money.
#Community    #PC
Login to vote this up!