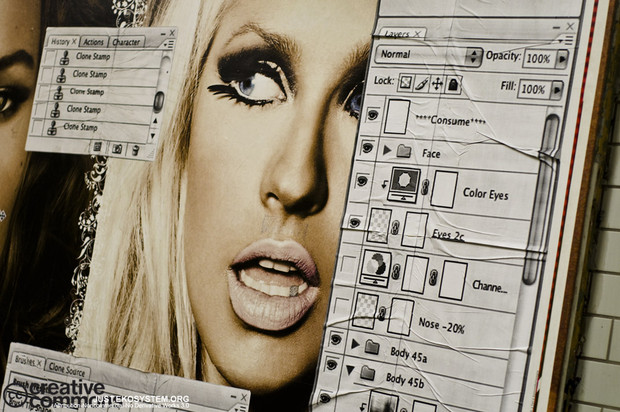 
I've been pissed off about this trend in popular media for a long time, and I've had fantasies of one day opening a tomboy clothing shop, maybe sponsored by the Dove Real Beauty campaign or something. I could sell a pair of women's pants with actual pockets that they could actually keep things in. Clothing where girls can just look cool and chill, instead of everything having to pop out their boobs and their ass in fear that no one will like them if they don't. I've talked about opening a nightclub where the dress code is that everyone has to wear pajamas. None of this getting ready for an hour to go out dancing; just throw on your pajama pants, and then when you get home, you can just fall onto your bed without even having to change. I would love to sit at the bar and talk with a woman in fuzzy slippers.

I'm dying to puncture the artifice. I want some reality around this place.

So imagine my surprise when I played Bayonetta... and it didn't bother me. With all this talk of Bayonetta's overt sexuality, I felt perfectly comfortable playing it. And understand that I wasn't playing this at home: I was playing this for over an hour and a half at a used game shop, with several other guys hanging around and playing games of their own, but constantly reminding me of their presence with the occasional comment, such as, "What? Did you just turn into a butterfly?" Why yes, when Bayonetta double-jumps, she sprouts butterfly wings. But it doesn't make any more sense than the giant high-heeled boot made of hair that I use to finish off combos, so I'm not too worried about the butterfly wings. 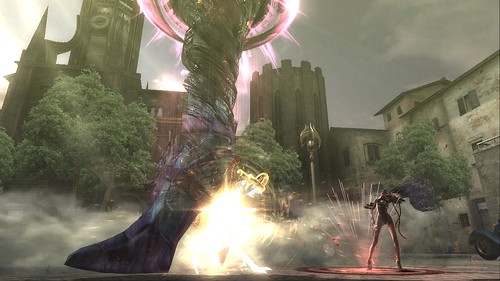 Unlike many games of today, Bayonetta does not strive for lifelike realism. She has guns strapped to her shoes, and she shoots with her feet with her shoes still on. So how does she pull the trigger? She can walk on walls in the moonlight, she conjures guillotines out of thin air, and she stops time by nearly getting hit. Her lock-on target is a pair of lips. It isn't just that the game is unrealistic: the game is complete nonsense.

"A further point: the real perniciousness of sexualized images of women, to me, resides in the way that they warp our images of womanhood. The evil begins when a girl sees that image and says, that is what I am supposed to look like. I cannot imagine how anyone, even someone in the grasp of the body selfhatred industrial complex, could take these representations seriously. The faux verisimilitude of your standard issue of Cosmopolitan is far more harmful per capita than this ludicrous game."
— Iroquois Pliskin


I think Pliskin's article hits the point on the head here. Even with some close-ups of Bayonetta's ass and underboob during the game's drags-on-too-long cutscenes, the game didn't piss me off very much, or even make me feel all that embarrassed to play in public. It's hard for me to imagine my girlfriend being angry at me for playing it either. The game is just silly, and in some cases, pretty funny. Violence kind of works the same way: when you see people being realistically shot and dying, it can be a little disturbing, but when an enemy in No More Heroes unrealistically sprays out blood like he's got a running hose in his neck, it goes over the top and it's just ridiculous and funny.

The femininity and sexuality did nothing to ruin my enjoyment with the game. Bayonetta's okay by me.

Ryan was born with a penis, which makes him a man, and which in turn gives him no right to speak about female sexuality or how it's portrayed in popular media. If you have a vagina between your legs, you are automatically more qualified to speak on the subject, so feel free to criticize everything he says in the comments, or even write an entry of your own.