Let's do something about all this port begging 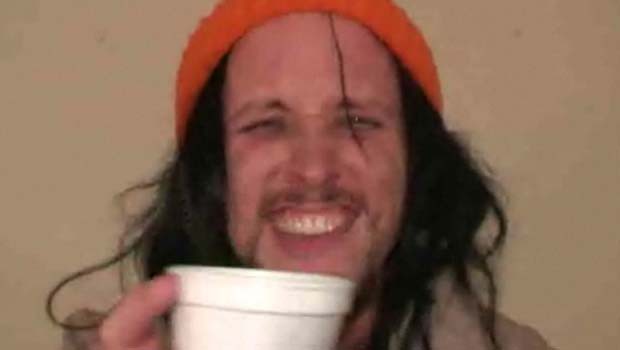 A couple of years ago, somebody must have tripped over the lever that operates the floodgates because the requests for ports have been pouring in, pouring in, pouring in. Port begging, of course, is the practice of suggesting, subtly or otherwise, that a particular game be ported to or should have been developed for another platform or platforms. It has always been around, yet I don't recall it being so prevalent just five years ago when everyone worshipping at the PlayStation 2 altar.

Here's how it goes. There's a hotly anticipated game coming out for the 360 and PS3. Wii-only fans jump into the thread or comments and wonder why they are being left out. There is some ruckus over how the Wii Remote could be implemented or how the "hardcore" Wii owners are being starved. The others respond that the Wii group should stop being so cheap and simply buy another machine since they clearly aren't having their needs met. Besides, if all they can do is piss and moan whenever AAA titles pass them over, why did they even get a Wii?

Maybe you are a level-headed multi-console owner who loves all his machines equally... and yet... and yet you too feel obligated to chime in and offer your support to the beggars. You cut right through the dripping fanboyism and seething anger and excavate the sensible arguments in favor of a port. Though you possess all the machines, you want to have the best possible experience. The only way that can happen, as you've so judiciously demonstrated, is if the game were on one of the competing consoles.

Hey, check this out! A is coming to X! Oh, I don't like X, but I love Y! No, here you can have a unique experience, but there you can have more responsive controls, and ew, I don't like waggle, and there's no audience for that there, and think about the costs to the developer, but who cares about the developer, and games should be progressing, and the game really won't be any different, and you guys already have such-and-such, but that was a spin-off, and... what were we talking about again? What began as musings over development tidbits on an exciting new game or extended coverage on a title already released has devolved once again into a debate over individual hardware features and capabilities.

One of my favorite sites is the gaming forum NeoGAF. I may not be a member but am familiar with their rules and policies. One rule in particular states that port begging will result in an instant account ban. It's not enforced religiously, but the mods will step in and start swinging the hammer once a thread has passed a certain threshold. Once they drop the final warning, get in gear. It doesn't matter if you have noble intentions or if you are a long-standing member of the community. If you suggest that a game should see some type of release on different hardware, you are gone. That's how the Dragon Quest IX, Monster Hunter 3, and Epic Mickey threads were handled.

Am I suggesting that we start banning people on Destructoid? No, that's not my place. However, NeoGAF has a point. Everyone is entitled to their own opinion, but how annoying is it to have to read the same tired arguments over and over again in every thread and article? Where does the debate lead? All port begging serves to do is to derail the conversation, turning it into another theater of the console war. A few words are all it takes when it comes to such a hot-button issue.

Besides, it is what it is. Decisions were made and games go where they go. Deal with it. If a port happens then a port happens. Whatever. Don't you have anything else to play? If you feel so strongly and want to make your voice heard, just keep it to yourself. No sense making waves when it isn't necessary.

Now, there is one specific case of port begging unique to Wii that carries its own problems apart from the general ones. I'm talking about Wii-to-XBLA/PSN ports. When did this begin? There have only been a handful of formerly Wii-exclusive games that made the jump to the HD platforms (Rayman Raving Rabbids, No More Heroes, and possibly others), but as far as I know, there has not been a single instance of a full retail Wii title appearing down the line as a digital download. Where's the precedence?

What really infuriates me is the kind of games that fall under this umbrella -- A Boy and His Blob, Muramasa, MadWorld, and most recently NBA Jam. In other words, 2D side-scrollers and arcade-style software. Even though they are Nintendo properties, games like New Super Mario Bros. and Wario Land: Shake It! have had their worthiness as full retail releases questioned. That's the bit that gets me. These games aren't worthy of the disc treatment?

Look, I know that gamers expect retail software to meet certain benchmarks, but when they ask for such games to hit the digital channel it undervalues those games' quality. Is it that you are unwilling to pay $40 or $50 for them? Why? Are they so lacking in content that they don't deserve to occupy shelf space? Most of today's games lack replayability and have extremely short playtimes. With their stacks of unopened games and massive backlog, even the heaviest of gamers are guilty of investing a couple of hours at most into a title before tossing it aside. Why then is it that the games with older sensibilities get the short end of the stick? They get as much mileage as the big boys, sometimes more.

I know the argument for this one. They may be good and all, but the look and play-style is not what the market at large demands. They'll get much better exposure in an environment that is more receptive to their ilk. This is basically saying that simpler experiences are only viable if companies essentially give them away. The games I specifically mentioned are very polished and robust, so the thought that they should be $10 seems disrespectful to the teams that worked so hard on them. I know that there are similar games already on XBLA and PSN, but that shouldn't discredit what these guys are trying to do.

I dunno, that's probably a personal thing. Doesn't have much to do with port begging all that much. I think I just derailed myself.

So yeah, port begging. Stop, please.
#Community
Login to vote this up!