Some upcoming events for DtoidLosAngeles 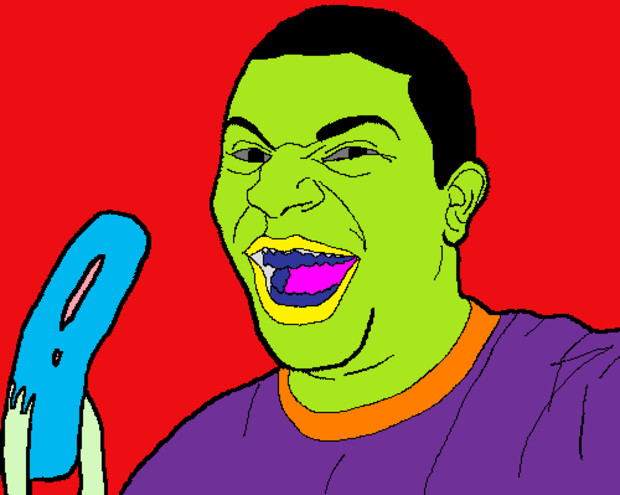 Oh herro! It's been awhile since we've put up a blog on what has been going down here in Los Angeles. It is partly because we are lazy, and partly because all of our event planning goes on in our Google Group, and we forget that there are some people out there who either don't know about the group (hint: click that link), or prefer to get their information blog-style.

But if you're one of the people who just wait on the blogs, then you will have missed what we did two weekends ago, which was a birthday party for Destructoid's forum administrator, Technophile. Shame on you for not being there.

As far as this weekend, we've got a party coming up for Alphador AKA Orion AKA Herbert the Pervert AKA Xherbert. You should come and help him forget how old he is becoming with booze and/or games. Details on the where and the when can be found on our aforementioned Google Group.

Down the line, we've got a bigger get-together planned, as ceark, famous for creating the Destructoid graphic novel two years ago, is moving into a new house. His new place is going to be pretty big (for Los Angeles), and we have been promised not only videogame related shenanigans, but also time and space for board games. Tentative date is February 20th, but as always, keep your eyes on the Google Group for late-breaking info.

That's all we've got for you right now. The year is gearing up, and I'm sure you'll hear more from us come E3. It gets crazy here around that time, and if you ever want to not-miss something, it's then. Until then, come hang out and play games with us at our smaller gatherings!

UPDATE: Just got this in today! On Saturday, January 30th, from 2PM to 11PM, at Project Infest, there's gonna be a Street Fighter IV tournament. But not only that, there will apparently be open bar from two to five (after a cover of $10), and cheap bar food. Along with a tournament, there will be a few fighter-related vendors (arcade sticks and otherwise), a non-fighter "casual games" lounge, and some electronic music for maximum groove. Again, check out the Google Group for the full press release. And hopefully, we'll see you there!
#Community    #GAMENARPS!
Login to vote this up!