12:07 AM on 01.20.2010 (server time)    0
In our last installment we uncovered the past of Goichi Suda, more commonly known to us as Suda 51, and his very first game, Super Fire Pro Wrestling Special. In it we gained more insight into the mind of the man and he proved himself on project one that he was going to be different from anyone else in the industry.

After having proved himself a competent scenario writer, Human decided to give Suda a chance to prove himself as the head designer of one of their new series, Twilight Syndrome. The series followed the story of a trio of girls discovering the mystery behind a series of bizarre murders that seem to have been manifested after a strange disease, aptly named the Twilight Syndrome. The series gained quite a bit of a following, and they let Suda make two more games. One, a direct sequel, was a fan favorite and continued the story along. The next, this time named Moonlight Syndrome. Here, it seemed Suda had already grown tired of the tried and true murder mystery stories of the previous games, and proceeded to kill off many of the main characters of the series and began to establish a series of games that would continually bleed into one another, referred to know as the "Kill the Past" series. 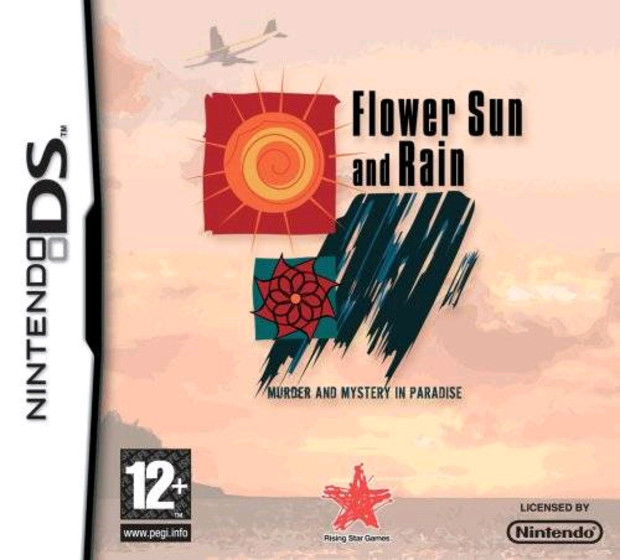 I honestly don't think there exists a game more ambiguous than FSR, maybe Killer7, but it's a tough call. FSR starts off with a character with a familiar name, Sumio Mondo, yet seems to be entirely unrelated to the Sumio of The Silver. This Sumio is something called "A Searcher," a man who is called into situations to find things. He meets with a man inexplicably named Peter Bocchwinkur to find something for the just as inexplicably named Edo Macalister and the bizarrely named hotel, Flower, Sun, and Rain. I think that's one of the major themes of the game: inapplicability. It starts with a strange live action opening featuring main characters Sumio Mondo and Toriko Kusabi (another familiar name) in various tropical locations. It's quite pretty and is set to nice music (a major theme of the game), but is unskippable and very long. It's the first of countless design choices that simply boggle the mind, but can be easily applied to it being Grasshopper's first 3D game, but it is still an almost unbearable game to play. At first. But then, you break through some of the earlier barriers, and, especially in the DS version, get strangely addicted to figuring out the obscure, "Layton on acid" style puzzles. The game fights you on every turn, making you run, or even walk, for minutes on end, sometimes to just be told to come back where you came from. The game even keeps track of your step counter, and rewards you for taking absurd amounts of steps.

Then the story. I don't think I can even touch on it without spoiling one thing. The game inexplicably switches between playing Sumio searching for things by plugging his computer-in-a-suitcase named Catherine into any random object, and Toriko chasing after her pink alligator named Christina. To say that everything comes together in a perfect way would be a lie. The only thing you know by the end is that everyone in The Silver is in this game, and it is no coincidence that Sumio shares a name with the character of the previous game, nor Toriko sharing her last name with another character from the previous game. By the end, all you know is your mind had been suitably blown, whether or not you knew who all the characters were.

EDITED, SPOILERS AHEAD:
By the end of the game the bizarre plot is unraveled as Peter Peter Bocchwinkur turns out to be Testugoro Kusabi from The Silver, and reveals to Sumio that he is a clone of The Silver's Sumio Kodai. Edo ends up showing up in further games, such as Killer7.

So, what is to be gathered from these first parts of the Kill the Past series? It would be an understatement to say "hell if I know." All I can honestly say is that Suda really really weaving a wide and crazy universe, where everything is connected for no apparent reason, and that anything can happen at any time for no other reason than that having anything happen at any time is a lot better than having a universe where things can't happen because of arbitrary rules sewn into a fictional fabric. Maybe that's it there, maybe it's easier to throw out every piece of logic and have complete freedom of creativity than it is it have any barriers in your way. Or maybe Suda has no idea what the hell he is doing, but, after you play the games, and see how he connects things, and how deep and ridiculous his stories go, it's hard to say there isn't a reason, it's hard to say that it's random. It is easy to say it's cool as all hell.

You may think that the rabbit hole has gone as deep as it can go, but, next time, we reach Grasshopper's first major console release in the United States, and I don't think there was any other game that could've grabbed our attention more violently and more unrestrained in it's design and controversey. Of course I'm talking about Killer7. I'll see you there, and there we will finally Kill the Past.
#Community
Login to vote this up!

My real name is Mark. But my name is also Mooks. It's short for Mookie. I want to be a writer, a director, a musician, a game designer, an actor, and a constantly awesome person. Most days I forget I'm a senior in college.

I have been gaming since I was a newborn, when my uncle put an unplugged NES controller in my hands. In some ways, I've never let go. From there I took the Nintendo/PC path down gaming lane. I had a Genesis, but the only games I had were Sonic games. My favorite game growing up was Earthbound.

I am obsessed with story in video games and am always looking for the next game that makes me laugh, cry, or think. Although I also love a good mindless shooter or puzzle game here and there.
On the topic of best stories in games, I believe these titles, in no particular order, showcase what I believe to be indicative of our medium moving forward as respectable artworks.

More to come as I think of them.

But yeah, that's it for now. See ya around D-Toid.