Sky Crawlers the anime and the game 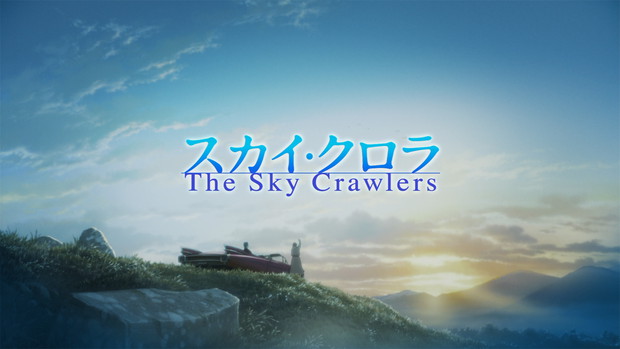 If there are two words that will get me to buy anime, those words are Mamoru Oshii. I love Ghost in the Shell 2: Innocence, the Patlabor films and Jin-Roh (he wrote it). When I first saw The Sky Crawlers on DVD, I was interested by the design of the cover and the art style. Then I saw Oshii's name and it was in my cart.

The Sky Crawlers is a fascinating movie about children pilots in a world in which war is carried out by corporations. Their life spans are short and comprised strictly of battle and life on a base. These children tend to be introverted and avoid contact with other people on the base. It's a slow-paced, thought-provoking movie very much in Oshii's classic style. The animation is gorgeous and the story is fascinating.

Shortly after the movie came out, a game was released in Japan. I found this puzzling as the movie is about a specific group of characters and focuses more on the people rather than the conflict. And that's the beauty of the game; it coexists nicely with the film and gives the player a feel fliving in this world and through its conflict.

At its core, Sky Crawlers: The Innocent Aces is a flight sim. The planes are all propeller planes and the weapons are pretty crude - machine guns, bombs, torpedoes, etc. The player is a pilot who has just been transferred to a base manned by the Cougar team. After a few missions, several child pilots are transferred to the base to join the rest of the team.

The game has a standard flow - mission briefing, choosing a plane and its equipment, playing through the mission and, often, a cut scene which furthers the story. There is a lot of radio chatter during missions and most of the character moments happen in-game. This is a brilliant way to let the player get to know the characters in the game.

The flight sim is a blast. Since the weapons are simple, the entire game is either bombing missions or close-in dogfights. As a fan of aerial combat but not true flight sims, I love the balance this game has found. Planes handle as one would expect; they're fairly fast but not supersonic. Combat is challenging and the developers added tactical maneuvers to make lining up an enemy in your crosshairs a bit flashier and more fun than doing it manually. It's very satisfying to take down a bomber after a few passes with your machine guns. Planes are very customizable. As missions are completed, the player is given access to parts and paint colors to customize each plane in the hangar. This adds a nice level of tinkering to the game. The basic controls use the Wiimote and nunchuk to approximate plane controls but I found the Classic Controller to be more accurate and fun to use.

The graphics are very beautiful and are 3D models with a layer of cel-shading applied to soften the look. This helps to tie the game in with the anime cinematics and the visuals in the movie. If you like flight sims, this game is a must-play. It's a nice blend of arcade and flight sim gameplay. If you're a fan of the movie, this game will help you to appreciate the plight of the characters on a deeper level.
#Community    #Wii
Login to vote this up!