Frustration and guilt in gaming: A new low for me.

4:12 AM on 01.15.2010 (server time)    0
No, this isn't some personal sob-story about my real life bringing my gaming life to a complete halt. So don't worry. But I could use some support by at the very least getting this off my chest.

Here is the source of my ills: 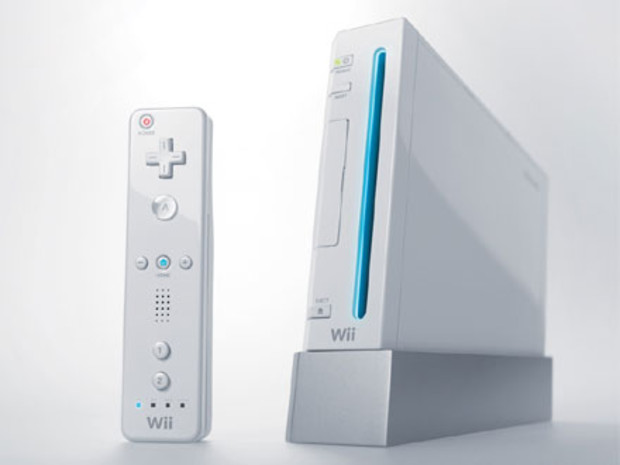 Putting it quite shortly, I have been a gamer all my life, but my own gaming experiences with Nintendo personally has been tumultuous. I'm willing to admit without a single doubt that I believe Nintendo was the biggest contributor to the state of the industry today and continues to show great talent in most of their contemporary work.

But I tend to wane from fairly loyal support of Nintendo to abhorrence for whatever directions they tend to take. I never, ever doubted the gaming potency of the SNES or the N64 (and never owned an NES, which stirred much envy from me for my friends who did as a child), but I had a hard time initially jumping on board with my support for the Gamecube, Nintendo DS, and Wii, only to be completely sold on each platform well after their releases.

I jumped ship with the Wii far too early. I began to reason with the camp that believed that the Wii was gimmicky and was putting game design to shame. In late May 2009, I made the decision to sell my Wii, because I felt that its library was ultimately fulfilling my tastes in gaming, and that the large userbase of non-traditional gamers was aiding in the ruined experience.

It is a bitch to admit that you're absolutely wrong.

Today, I bought another Wii and I am absolutely thrilled to own one again, which creates a stinging regret for having sold the first one at all. For the first few months without my Wii, I honestly thought nothing of it. The only noteworthy titled released that I felt I was missing out on at all was Muramasa, but the relatively lukewarm critical reception made me figure "Ah, it's no big deal." E3 2009 in the middle of summer revealed New Super Mario Bros Wii, which I initially brushed off as an easy, crowd-pleasing project for Nintendo, much like everyone else seemed to receive the game at its unveiling.

That latter one would bite me in the ass. Not only did the great critical reception bring up every point I loved about Nintendo from a lifetime of gaming up again when describing the game, I got to go hands on at several retail kiosks and at a friend's house only to find myself drowning in a mixed emotional sea of envy and utter joy. I was able to play down the feeling that I was really missing out by noting that it was a single game. My anti-Wii attitude over-rode my sense of Nintendo-emptiness that I just figured that there could be nothing else coming along that I could possibly miss that would be as compelling as New Super Mario Bros.

I've always carried an at least casual adoration for fighting games. While I've never mastered any of them, I played the crap out of Marvel vs. Capcom 2, Tekken 3, Guilty Gear X2, and this past summer's BlazBlue when I got them. I even put a healthy amount of time into SF IV when it launched. I love the Capcom Vs. series because it brings the floodgates of previous gaming experiences on the Capcom side of things, tends to mix a bit of fanservice in with the Vs. faction, and wraps it all in an easy-to-approach package for the fighter-casual like myself. Tatsunoko vs. Capcom's U.S. release is right around the corner, and seeing that Madcatz and Capcom deemed the project worthy of a high-quality stick for the Wii absolutely piqued my interest in the game. Also, despite my scrub status at fighting games, I watched EVO 2009 live this year and garnered a ton of respect for Capcom's Seth Killian. The guy's very recent teases about TvC and showing at CES '10 wiped any doubt about my excitement for TvC. I love S. Kills' absolute enthusiasm for games in general and the way he communicates to the consumer crowd. He's a glorified PR guy but I have little doubt about his honest enthusiasm for the medium of videogames.

Then there's just your gamer friends. Take Mooks here on Destructoid for example. He's one of my best real-life friends and he single-handedly convinced me to play No More Heroes 1 when it launched in '08, which to this day is still one of my favorite gaming experiences of this gen due to its undeniably appealing style. I'll admit that it can sometimes feel like it lacks substance, but it's geek-cult chic and celebration of gaming and other forms of pop culture that I grew up with undeniably evens the experience out. No More Heroes 2 is on the way, and since I'm here on Destructoid and see Mook and a fairly regular basis in real life, my feelings for the franchise were recently evoked and I simply could not hold back all the love I hold for the first game. It is quite simply impossible for me not to be excited for No More Heroes 2.

Then there's been the buzz about Silent Hill: Shattered Memories. I have always been a casual fan of the series, and its overhauls sound quite great in my eyes.

So then, I realized that this has happened with the previous two Nintendo platforms: at first, maybe I'm not so impressed, perhaps even downright hate how things are going. The Wii was the first time I jumped ship completely and decided that I would try to leave it in the dust.

I am absolutely guilt-distraught, frustrated, closer-to-broke, and wholly excited to be a Wii owner again.

A good thing about the situation: I gave most of my Wii games to friends when I decided to sell it originally. Some friends have offered to return my favorites (including Twilight Princess, Super Mario Galaxy, and Smash Bros Brawl). No repurchase necessary on some of the huge titles, but no one wanted No More Heroes so I sold it along with my Wii (DAMMIT!). I also now own New Super Mario Bros Wii and have TvC and NMH2 preordered.

Bad things: All my VC games are gone for good, requiring repurchase if I want to play them again. No extra controllers. I had to spend quite a bit of holiday cash and some of my savings from work to get another Wii.

This new Wii's going nowhere. And until the day that a Nintendo platform goes 3 years straight without a single title that appeals to me, I am never doubting Nintendo again.

Thank you. I really had to get that all off my chest. Gaming has never quite created this sort of emotional mixed bag with such impact.
#Community
Login to vote this up!