Wii HD in 2010? Reggie laughs at your preposterous dreams 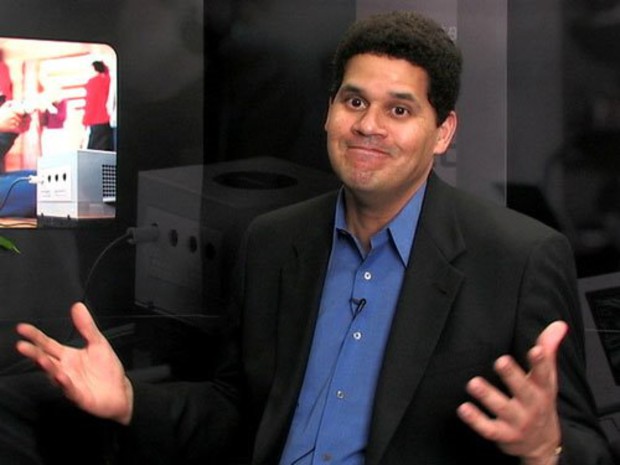 Ah, been a while since I've gotten to use that picture. But there's good reason Reggie's back in the headlines: he has spoken, and it's not news Wii owners perhaps wanted to hear.

The whole thing came about with the formal announcement of the Wii getting Netflix, joining just about everything else under the sun this spring. And since there's HD content, the folks at NBC (who I will now be referencing perhaps for the last time ever on this blog ... you guys figure out why), or more specifically, CNBC, asked Reggie about Nintendo's potential HD plans.

Yep, it wasn't good news. According to Reggie, "the vast majority of content for streaming on Netflix is not HD content, so there really is no loss for the Wii consumer with the fact they can't get any HD content through our system." Sure, that doesn't sound like much, but the killer blow came later in the same interview, where according to Kotaku, Reggie said Nintendo will release a new console when the existing market for the Wii is "tapped out", something he doesn't believe will happen for "years."

Let me highlight that again. YEARS.

So, there you have it ... maybe. According to Reggie, no Wii HD is likely for the near future. The only hope we have is that Nintendo HQ is thinking differently right now and the Regginator just doesn't know it yet.
#Community    #Wii
Login to vote this up!