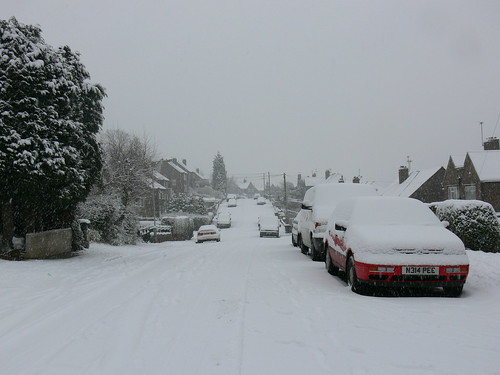 So this week the snow here in the UK has really kicked in, with no one escaping from its charm/wrath. Don't believe me? Just look at this recent NASA satellite image of ol Blighty. Anyway, the way the news has been reporting it over here, you'd think the apocalypse had just hit for everyone except school children. The snow has created some problems but at the same time, IT'S SNOW! Decent snow here is about as rare as Halfleft listening to a good album so it's best to make the most of it when it hits. I of course built my own snowman (albeit a dire one) but it was attacked and destroyed by about 20 chavs (I'm not kidding). Anyway, speaking of a white apocalypse, here is what is happening at EUFNF tonight.

Game: Burnout Paradise/Halo 3 (WITH free DLC)/Left 4 Dead 2
Host: GT JGibbo08
Time: 10pm GMT
Extra: To be honest, I really have no idea what to do tonight. I'd like to play Burnout Paradise personally but I doubt there would be many people other than Halfleft who'd agree with me. After that, there's been no Haloes for a while so I'm up for that too. As for Left 4 Dead 2, it's been a little overkill for me but I don't mind playing it if that's what everyone wants to play. The best thing to do would probably be to gather in the XBL party and decide from there.

See you later anyway. Lets make the first EUFNF of the year a good one.
#Community
Login to vote this up!