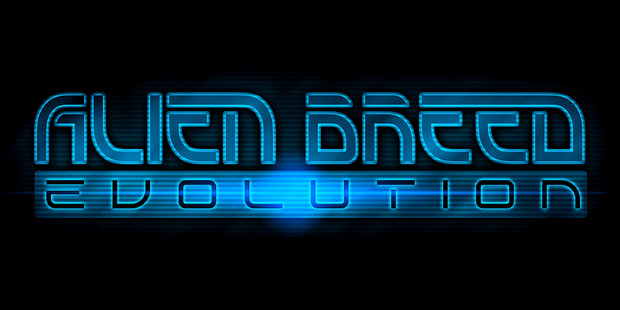 There are few times when a Xbox Live Arcade Game has been genuinely able to make me jump when a twinge of fear hits me, however Alien Breed Evolution did it repeatedly. Surrounded by human corpses and under siege as multiple alien creatures burst from walls or burning holes in the floor with all the intent in the world of tearing off you face, the game wastes no time in setting the mood.

While heavily reminiscent of classic science fiction titles along with the survival-horror genre, Evolution has a distinct arcade comportment all it's own. The seemingly lone survivor as the proverbial sh*t hits the fan, you are immediately thrust into circumstances where you either adapt and overcome via superior firepower or get torn to shreds. Immediately noticeable, the controls are extremely smooth. Using the left thumb stick to move and the right to aim, it's a relatively standard formula. However, utilizing the left and right bumpers allows the player to switch the overhead view by 90 degrees. By granting the constant ability to shift the point of view and see from all angles at any given time, it makes the players life significantly easier in terms of gameplay. Additionally, players are able to switch weapons and items by using the directional pad with their uses mapped to the right and left triggers respectively. Naturally, the fluidity in the control allows for players to focus on the two most important factors of gameplay, staying alive and killing everything in sight.

As you progress through the game, you will be tasked with various objectives. In the first level, you must shut down the main reactor to keep your ship from exploding and coincidentally scattering you across space in the form of debris. As you move through the dark corridors, you'll happen upon human corpses that can be searched for health kits and ammunition as well as lockers, save terminals and logs that can be accessed through the PDA, which gives you a bit of backstory on the circumstances surrounding the Aliens. While the game has a distinct Aliens feeling to it, especially with the motion tracker in the upper right hand corner of the screen, I felt there to be a mixture of ambiance from other titles as well. The survival-horror components reminded me, at least visually, of the Dead Space, while the Aliens themselves reminded me of the space station sequence in Starcraft in which Marines are engaged by the Zerg. Furthermore, with the use of Epic's Unreal 3 engine the game does look prodigious for an XBLA title.

Admittedly, the game is a truly fun arcade title and not without moments that make players jump, while being a very fun game to play. Despite possessing a single-player campaign, Alien Breed Evolution also offers a free play mode as well as cooperative gameplay for up to two players to run through and exterminate every single alien in sight. In regards to accessibility, I can't imagine many gamers who wouldn't enjoy playing this title at least on 'Normal' difficulty. However, for those who either fondly remember playing the original on the Amiga or have a taste for a challenge, the Elite mode will definitely keep you busy for sometime and shouldn't be overlooked.

While the game certainly wasn't without flaws, I found them to be a bit more forgivable given the overwhelming amounts of fun I was having with the game. As smooth as the controls were, I felt at times that I didn't have enough fingers to rotate the screen, switch between weapons or items and keep up a constant rate of fire when a swarm of Aliens were bearing down on me. On the contrary, the screen also seemed a bit dark at times allowing me to miss creatures just up until they attacked. While I'm not sure if this is intentionally done or not, I was forced to turn up the brightness on my screen just a bit prior to playing. Otherwise, I found the sound to be more than capable of creeping the hell out of me more than once. Also, the replay value of playing the game on multiple difficulties, hunting achievements and multiplayer potential make it a lot easier to part with the 800 MS points to download the game.