The Needless Shit We Gamers Do

5:38 PM on 01.06.2010 (server time)    0
Just the other day, a friend of mine happened to be around my place as I casually blasted my way through Liberty City in one of the two great DLC expansions for Grand Theft Auto IV, The Ballad of Gay Tony. I was pretty deep into the campaign, just having completed a daring theft in broad daylight, and was doing my best to shed the police as I rocketed through the city streets. After a rather long chase, I was able to lose the cops and slip out of the oh-so-familiar bubble of police and ease back into general obscurity. Without hesitation, I pulled my bullet-ridden, beat-up, cherry red Esperanto with a missing bumper into an alley, got out, calmly walked (not ran) down the street, and smashed the window of a freshly new car when no one was looking. My friend seemed puzzled by this as the chase car, though beaten to all hell, was in otherwise working condition. No shot-out tires, no missing doors. Hell, it even still had its front bumper.

"Did they add a new thing with TBOGT where the cops spot your chase car and resume pursuit?" He asked.

"No," I said. Because this wasn't a thing. There was no mechanic in this, or any variation of the GTA franchise that dictated this. There really was no benefit at all to switching cars like I did. In fact, the whole process really just put me at risk again, if a cop happened to turn the corner at just the wrong time and catch me in the act of stealing a fresh set of wheels. It hadn't even occurred to me that I was doing something out of the ordinary. It just seemed only natural that after such a vicious, guns-blazing escape that I would need to ditch this eye-sore of a car and ease myself into the world of nonchalance. 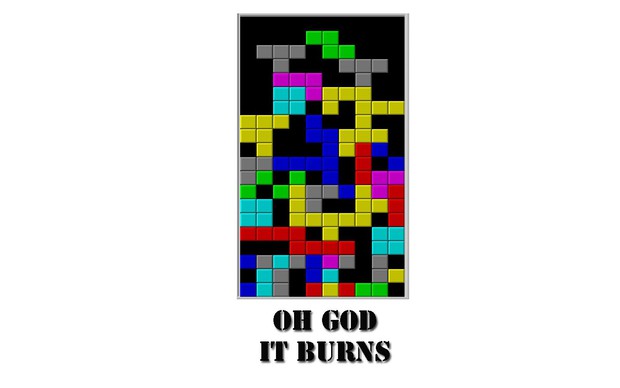 Senseless nonsense. These games hadn't asked you to do any of these things nor did they really reward your for your efforts. Yet you can still find me tossing dead guards into the canals of Venice even when there isn't a single guard in sight to discover my transgression before I'm already many miles and rooftops away. I will still give that beggar outside Megaton gallons of fresh water even when my karma is higher than Ghandi's. And I will buy booze for my character at various taverns simply because it amuses the shit out of me.

What causes this strange notion that compels gamers to burden themselves with senseless tasks, often without benefits in the game whatsoever and sometimes even coming with penalties? Is it a byproduct of immersion? Is this what game designers hope we will do? Did Bethesda plan all along that players would become so involved in their world that they would spend hours decorating their homes because they're so completely absorbed in the experience?

Or is it something else? Perhaps it is a silent cry from gamers for designers to really up the intricacy of their games. Gamers have always adored those moments where you perform an action as a lark something you never expect to actually accomplish anything, only to discover the designers had thought of it before you. Like shooting at an enemy's walkie talkie in Metal Gear Solid, thinking nothing will come of it, only to see it spark and fall apart in their hands as they try to call for backup. This realization that the people behind computers building this game not only know how to make a great environment and story, but also clearly think just like you do.

It seems like these strange habits aren't just side-products of undiagnosed obsessive compulsive disorder from years of button mashing, but actually gamers prodding the edges of the each game's design structure, looking for those subtle details that programmers took heed of or those little easter eggs that have been stashed. We all know players love to test the limits of a games systems, with those videos of player in Crysis stacking thousands of objects and then knocking them down just because they can. But there are those behavioral choices that show how we think as a players, how we spend our time digging deep in games we love, trying to find if their depth is real and not just a buzz-word. Because we want to see our immersion rewarded. We want the game designers to make games based on how we want to play and not the other way around.

Or maybe we all just desperately need to be medicated.
#Community
Login to vote this up!