2:55 PM on 01.05.2010 (server time)    0
Hi, fellow readers. Happy new year to you all. I came back from a two weeks vacation away from the interwebz. I went to spend the holidays with my family in the middle of nowhere, no computers, no internet. I gotta tell you, it certainly recharges the batteries (In a good way). I'm here to share with you what I experienced during this time. I brought my Wii with me, my project was to make family reunions less of a drag by playing some Wii Sport Resort, or NSMBW, or Mario Kart Wii with them. They're basically what I thought the people would only care about. I don't have a gaming family, at least kids would enjoy it. If I wanted some gaming on my own, I had my DS loaded with Spirit Tracks and Golden Sun.

Parties came and went. The Wii did not garner as much attention as I thought. It served as a 30 minutes entertainment before everyone got bored and moved on. Even kids. I remember wanting to play consoles so bad as a kid, I would not have budged an inch the entire party. I was dealing with 3 groups :

A) Unknown 6 years old boys, most were brats.
B) People that never cared about video games. Parents, older parents. They only want to drink beer, pump up the volume and fight between relatives. It almost happened.
C) Younger people, casual gamers. I was aiming for them with my wii. If I can entertain some people, cool.

Group A : There was a NES in the house. They were more interested in the NES than the Wii. Omit the fact that I bought those NES games for my Wii. It's party time, no time to explain. I thought NSMBW was simple enough. Just dying and turning into a bubble, they were all lost. What do I do? Why can't I play? Ok let's explain, pouf, they're gone. That other kid didn't have a controller, got frustrated, took one of the accessories and threw it against the wall. That crowd is tough to handle. No supervision, no way I'm letting them play. I learned something interesting though. At some point in the evening, I was bored and I took out my DS. As usual, they all come running to check what you're playing. I played some Golden Sun. I drove them away in 15 seconds. That's a trick I'll remember.

Group B : Not much to say here. They don't play. They're not interested to try. Honorable mention : my mom tried WSR bowling and enjoyed it. Cool.

My family treated the Wii like a toy, the same way they'll play a game of cards, except cards were a lot more popular. There's not much for me on the wii, I think I only got interested enough in Mario Galaxy. And my family didn't really care either? I don't know what to do with my Wii, really. There's Tales of Grace who can save the day, but it's Namco Bandai, I am not getting my hopes up. Of course, this is me, and I understand why other people love plenty of good games on the wii. My gaming interest lies elsewhere.

P.S : I would have kicked those brats. :P 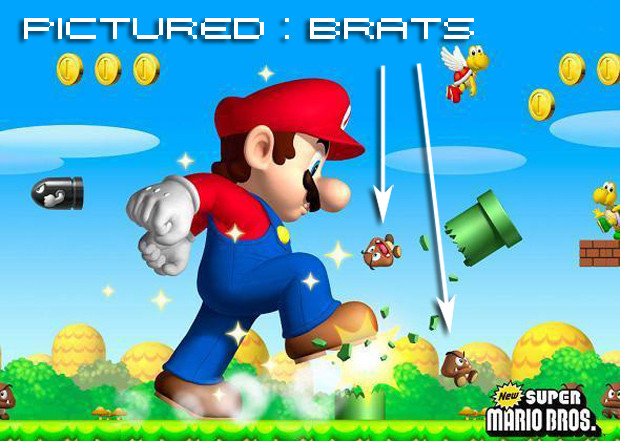 I'm Nic128, 25 years old, gamer since 1991. Started with a SNES and worked my way through the generations. I got a NES after my SNES though, well, whatever.

I discovered this community a few years ago. I then realized, damn, there are civilized people that love and talk about video games. Awesome.

I suck at anything FPS, RTS, MMO. Unless I'm playing with friends, I don't play competitive games. I get angry when I lose against better players.