A Brave New Year: Resolutions for 2010 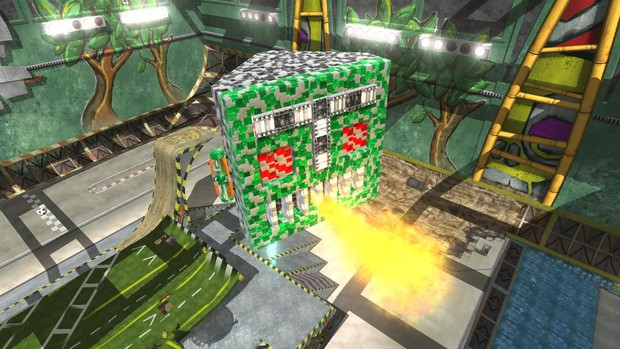 Hello, Destructoid. It's been a good while since my last Cblog update and even longer since I've been really active in the community. Well, to be honest, I've never been making awesome arts and crafts or melting faces with the power of music, but I still made this place my virtual home a little over three years ago. In that time, I wrote a Monthly Musing that found its way to the front page, made a fail-worthy appearance on Failcast, and had an opportunity to talk games with some of Destructoid's coolest cats. My notable moments are few and far between, but I'm damn proud of the ones I have. I can't even begin to count how many hours I've spent checking the Dtoid front page for delicious new journalism, listening to the sexy voices on RetroforceGO, or just idling in the IRC. This site has been nothing but awesome since I first found it in June of 2006.

As I mentioned before, my level of Dtoid activity has been low in the past year. I've been through a lot in this time, such as a move to a new city for college, a tough break-up, and a reconnection with old friends, so my mind has been everywhere but on one of my favorite hobbies. As much as I love writing Cblogs or simply commenting on a fellow Dtoider's work, I haven't been able to find the time to do either of those things. Sure, I still check the site each day, but I think it's time to return to my favorite community in more ways than just that.

I have a number of resolutions for this new year and perhaps this decade, so what better way to jump back into the Cbloging biz than to share a few of them with my favorite Robot Army? And while Dale North has beaten me to the punch on this one, I'd still love to hear what resolutions you have in the comments. Maybe if we share our goals, we can pressure each other into actually accomplishing them.

I'm going to play more and write more.
Video games have been taking the backseat for a while since I started playing a certain addicting card game. While I still enjoy a good game of Magic, there's nothing I can grasp better than the video games that I've been playing since I was a child, which makes them one of my favorite things to write about. And because I really enjoy writing, there's no reason I shouldn't play a lot of games and share my thoughts and feelings with the community.

I'm going to complete at least twice as many games as I did last year.
If you check out Destructoid's 2009 Completed Games List, you'll notice that I only managed to finish seven titles in an entire year. And that three of them could be considered casual endeavors. I did an awful job of sticking with very many games long enough to watch the credits roll and I'm not thrilled about that. I can't even begin to think of all the games that I missed out on and I'm definitely going to try harder to finish some games this time around so I have something of value to add to the discussion when I hit the IRC or come across a related Cblog.

I'm going to write a Monthly Musing for each topic this year.
I've always loved the idea of Monthly Musings, but I've never made much of an effort to participate in them. As far as I can remember, I only managed to write on one of them so far and that one was promoted, which is something that would be really cool to work towards again. There's a fantastic feeling that comes with scrolling down the front page and seeing your work mixed in with the work of your favorite editors and I'd love to capture that feeling once more.

So there you have a short list of things I'd like to work towards this year and hopefully continue in years to come. Being a member of the Destructoid Community has been a blast and I hope to become much more active in 2010.


#AboutDestructoid    #Community
Login to vote this up!