Saints Row 2 vs No Russian: Redux 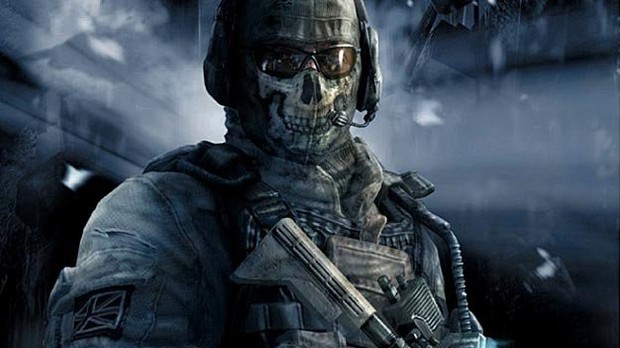 Here's hoping you pull a Captain Price and make it to the sequel Ghost.

WARNING: This blog contains massive spoilers for Modern Warfare 2. If you haven't played through the whole game, I'd advise you to stop reading now.

In my last blog I questioned how shocking the infamous No Russian level really was, especially in comparison to other violent games, such as Saints Row 2, a game where murdering innocents is par for the course. Well it seems I may have jumped the gun a little bit, having written the blog before ever playing Modern Warfare 2. Now that I have played through the whole campaign, I feel I can more accurately discuss how the two games relate.

Modern Warfare 2 was an emotional roller coaster for me. It started with No Russian but that was hardly the biggest shock to me. In fact, having played it I'm surprised people kept talking about No Russian for as long as they did after the game came out. There are, at least in my opinion, two greater shocks in the game than what happens in No Russian. The first being the invasion of the United States in the mission immediately following No Russian. And the second being Shepard's betrayal towards the end of the game. The later of which really affected me. I'm glad the internet didn't talk about the betrayal because it was the first real shocking twist I've experienced since Bioshock. Also, I'm truly sorry I ruined it for anyone else, you should have listened to my warning.

The betrayal affected me because it really makes you wonder how often these kinds of things happened throughout history. Sure it's a work of fiction, but as they say in the game and elsewhere, history is written by the victors, who knows what actually happened throughout the course of human events. However, I will say this, I can't claim to understand why exactly Shepard betrayed Price and his men. That's one area where Infinity Ward dropped the ball in my eyes. Was it because Price blew up the ISS? I'm off to search the depths of the internet for answers right after I post this.

In comparison to the invasion and the betrayal, the events in Saints Row are very cartoony and I can absolutely see why nobody batted an eyelash over it. Sure it makes you wonder if criminals have ever killed doctors and other innocents in order to escape imprisonment in real life (the answer is yes). But the implications of that are far less than what if our enemies find a way past NORAD and invade us in our homes. There hasn't been a war fought on American soil since the Civil War, but Modern Warfare 2 shows us what it might be like and for that, I applaud it.
#Community
Login to vote this up!