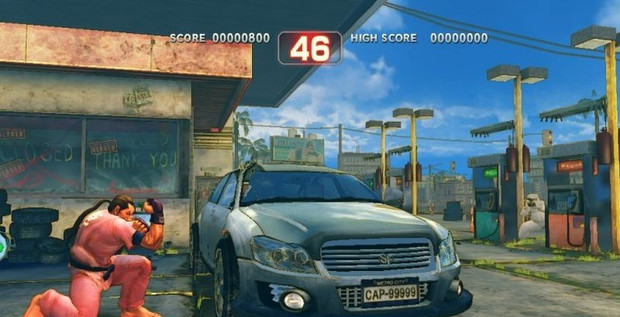 I knew this was coming. It's one of the reasons that I didn't want Street Fighter 4 when it first came out. I knew Capcom would release a new and improved version of the game in less than 2 years, and I knew it wouldn't be via DLC. What I didn't know is that it would have this many new characters, and that so many of them would be amongst my all time favorite Capcom fighters.

Ibuki, Guy, Cody, and Makoto. I love these guys. I love the way they look, the way they fight, and what they represent. Cody and Guy have history with me that goes back almost 20 years, and Ibuki and Makoto will always remind me of how fantastic the Street Fighter 3 series was.

I didn't really want Street Fighter 4, but now that it's gone super, I can't wait to play it. The $40 price-point doesn't hurt either.

And that's my list! It was totally silly for me to even write it, as I still have to finish the most wanted DS games of 2010 list, and the Castlevania:The Adventure Rebirth review, but I just couldn't help myself. 2010 looks like the best year yet for the big, beautiful bastard, and I just had to talk about it.

Also, I'm hoping to get more of The Last Guy. Wasn't that supposed to go retail will new levels a while back? God, I'd kill for that.
#Community    #PS3
Login to vote this up!