My humble hopes for 2010 games Unlike many other gamers, I actually have quite a small set of personal demands I'd love to see answered in the new year. As a poor, busy college student, gaming time is rare for me unless it's between semesters. Because of this, I only get about a game a quarter (not counting cheap/discounted titles). With that, I can only truly think of two things I'm praying for in 2010.

The first is that 7th Dragon makes it state-side. The DS RPG is infamous for its high degree of difficulty, but nearly everyone who's played it and posted import previews (like Jeremy Parish) has loved it 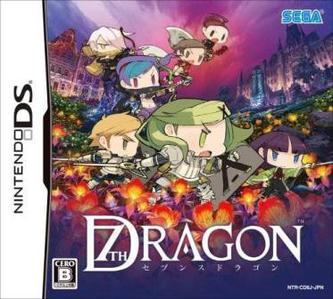 But stunningly, no one wants to localize it. Parish himself has called around several publishers, and the response was a unanimous "no." Why? Because they said its difficulty is too high for American gamers. Shaking my head.

Here's hoping Atlus will eventually get around to bringing it over. It took them a long time before publishing SRW OG Saga: Endless Frontier to the US, so there's still a small glimmer of hope.

My other wish for 2010 involves another RPG, this time an improved port.

Tales of Vesperia received a huge overhaul for the PS3, being granted a ton of exclusive content. The original title on the 360 was already hailed as a beacon amongst a non-existent library of traditional JRPGs on HD systems, so it stands to reason that this improved version will be even more fun to play.

However, the problem is that the publisher is Namco-Bandai, scathingly known as Scamco for their unpopular business decisions with localization and DLC. I'm really not too sure about the likelihood of Scamco bringing this one to the west, but one can hope.
#Commentary    #Community
Login to vote this up!