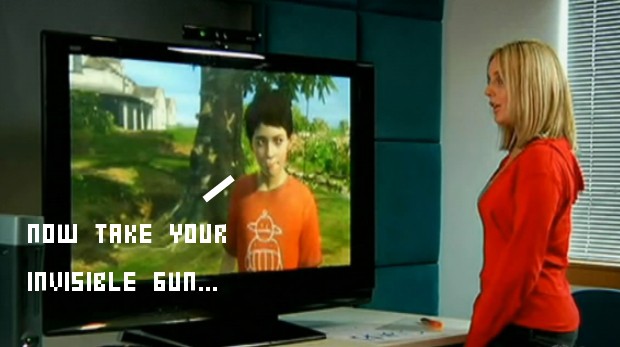 Love: More money towards the evolution of games!
More people buying more games? Win, win! These games happened to be deemed casual and lots of people are buying them? Hmm....oh well.

As we all know the Games Industry is now growing larger than the Film Industry, games now have budgets growing towards the dizzy heights of some Hollywood films. $70,000,000 to develop something as ground breaking as Shenmue? We really need of this kind of thing. We need more of this kind of risk in the Games Industry, and now with companies raking in the cash from the casual video game craze that people are in to now, maybe we’ll get this kind of “evolution” of games.

Years ago the “evolution” was more swaying towards the progression of life like graphics, while we are not at that stage yet we are at a place where graphics are not deemed as much of a priority as they used to be, instead immersion is the higher priority. Games with moral choices, cities that thrive with life, stories that would never be possible in film, all in all making you feel like you are living another life in another world.

And as they say “money makes the world go round”, more money means more ideas, more development, and more “evolution” in the industry. Don’t forget who funded part of it. Casual gamers.

Hate: The evolution of weird controllers
Linked to the “Love” above, while we do have the brilliant idea of immersion in games, another part of this “evolution” seems to be aimed the crowd that funded it, so called “casuals”, and comes in the forms of new controllers. Yes we’ve already had the Wiimote and while it sought to evolve the way we play games, it seems to have instead attracted these casual players because of its simple controls and not really changed the way we play games at all...

And so enter Microsoft’s Project Natal and Sony’s “Gem” wand, do you see yourself playing another Halo game with an imaginary rifle, made of air, in your hands? Yeah, me neither. I won’t deny that these new controllers could be useful and pretty much good fun but they’ll never get rid of the classic controller design and shape, and the fact you hold it in your hands. Or will they just push these no ways of gaming and be rid of the classic controllers? I’ve got myself worried now.

What’s worst is the new peripherals companies are push out to the silly casuals who fall in to these constant traps, “Here Sir, you can pretend you’re riding a real skateboard. Here give it a try, hmm? It’s supposed to do that.”
#Community    #OpinionEditorial
Login to vote this up!