1:46 PM on 12.28.2009 (server time)    0
Hey Destructoid, it's been a while since I posted anything about the goings on with Dtoid NE. Part of this is because I'm lazy and the other part is...ok maybe it's all because I'm lazy. I did ,however, have the idea of making a Dtoid NE recap for the year to make up for the posts I hadn't done! ^.^ It's been such an amazing time hanging out with these guys and it's pretty cool to know this was all formed with Destructoid as the impetus and its members set it in motion.

When I initially met up with Dtoid NY at New York Comic Con in February, I was just heading down there to hang out for a bit and see what the Con was all about. One fateful fantastically delicious karaoke night, I was talking to Powerglove and he suggested I help create a group for Boston. It was something I always wondered about and thought I just needed someone to tell me it's a good idea. I kind of forget why it was decided that the group was going to be called Dtoid New England. I think it was because I didn't know of many people living near Boston and so I wanted to include people around Massachusetts as well. So, here we are months later with a couple of meet ups under our belt and pics to prove it!

Funspot is a classic arcade and museum in NH. This was our first time meeting each other and there couldn't have been a better place to begin our journey. Here's to it not feeling awkward and actually being a pretty awesome meetup!

At an Arby's donating to charity. 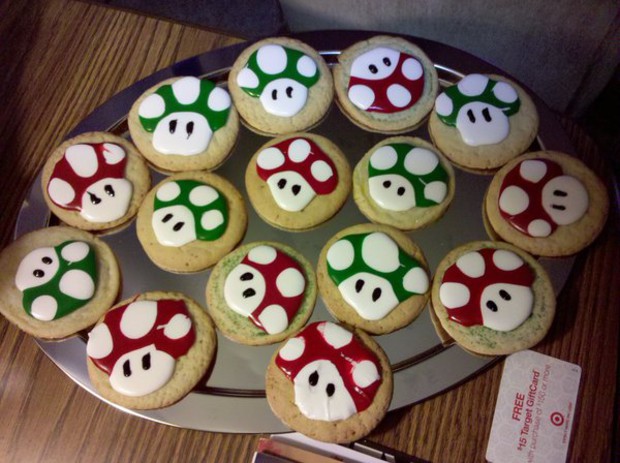 We decided that You're in the Movies is the best party game(?) ever!


All in all, it was a good first year for Dtoid NE and I'm sure next year will be even more ridiculous! So, come join us in our Dtoid NE Google Group if you haven't already and let's STFUAJPG! Also, cocks.

ZeroTolo singing Move Along and myself doing a horrible rendition of Hungry like the Wolf. I'm also realizing Tha Meat and I are doing some pretty annoying commentary during the song ^.^


#Community    #GAMENARPS!
Login to vote this up!

The purpose of these groups as you know, is to set up a local community to get together for video game or NVGR related shenanigans. It's a great way to have fun with like minded individuals who carry the phrase "Also, Cocks" in their hearts. So, join me Dtoiders in creating something wonderful in the New England Area!! If you have any questions or concerns just email me at dtoidnewengland [at] gmail [dot] com

Below are our friendly neighborhood Dtoiders. If you're ever in their neck of the woods, hit them up!