Return to Blogging, maybe. File this under Failtoid, I don't care. 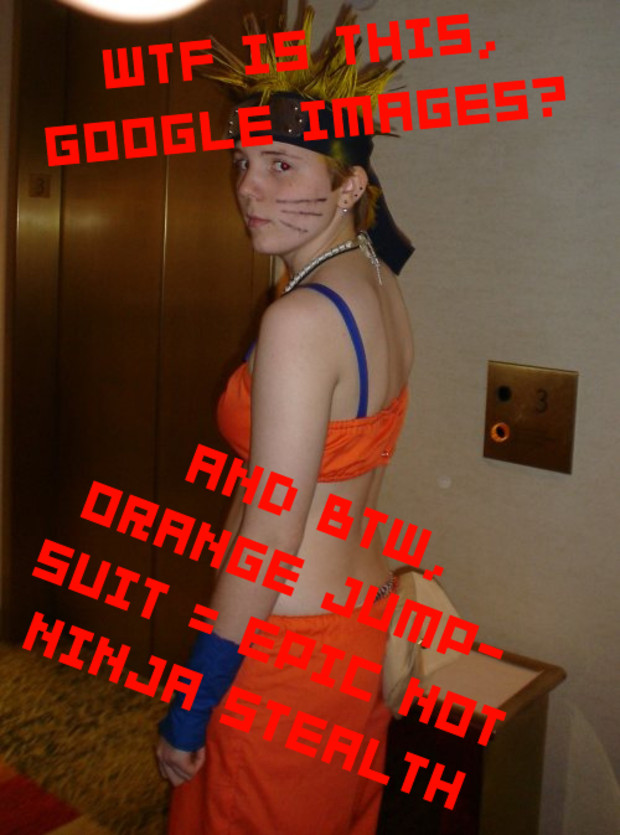 Okay, like I said before, I already realized a long time ago that Naruto sucks. But the reason I have this picture is because I realized that Bleach also sucks. Within doing that I realized that there are not many manga/anime out there that really take full advantage of their abilities and conventions and make it something awesome. I haven't really been impressed by an anime/manga since Cowboy Bebop, Death Note, and Yotsuba, but stuff like Bleach and Naruto somehow makes it to the top of our American lists and it's the lowest on the chain. How? Are Americans just that idiotic? The chick in the pic isn't half-bad, though. The hair scares me, though. It doesn't look right.

So yeah, other than that, I have nothing. If you're going to post any comments like "THIS NOTHING TO DO WITH ANYTHING! WTF ARE YOU GOING GTFO NOW!" please don't. This isn't so much for your sake as it is for my sake. I just want to see if I can still do this.'Cause I'd love to get back to C-Blogging, but I noticed I have 4 unfinished blogs that I quit on because I missed the deadline for the Monthly Musing or because I realized it wasn't very good.

So, yeah. How was your day?


What humanity is capable of:


#Commentary    #Community
Login to vote this up!