Think Before You Type

4:03 AM on 12.23.2009 (server time)    0
I joined this site because, unlike most of the blogs about games and the gaming industry, the staff and most of the community on Dtoid doesn't take themselves as seriously; choosing instead to use humor and satire to make points that would otherwise make for somewhat dull articles. But it seems like the more popular/hated Dtoid gets, the dumber the bulk of comments become (on the main site, at least).

The most recent article whose comment section infuriated me, was one by Rev. Anthony Burch about Avatar not changing anything for gamers. The sheer lack of critical thought by most of the commenter's was just mind-numbing (I'm used to that sort of crap on posts by the ever-hilarious Jim Sterling, who encourages it by replying to his detractors, but generally expect more thoughtful responses to more serious posts). But whether they were agreeing with Anthony or calling him an idiot, there was just so little real discussion going on that by the end of skimming all 183 comments I felt like I was back in middle school, arguing about whether Limp Bizkit was better or worse than ICP. I decided to leave a comment, against my better judgment, but felt like it would work as a cblog with just a little work. So let's break down the logic of how that article deserves to be on a game site, and why Anthony Burch was the perfect person to have written it. 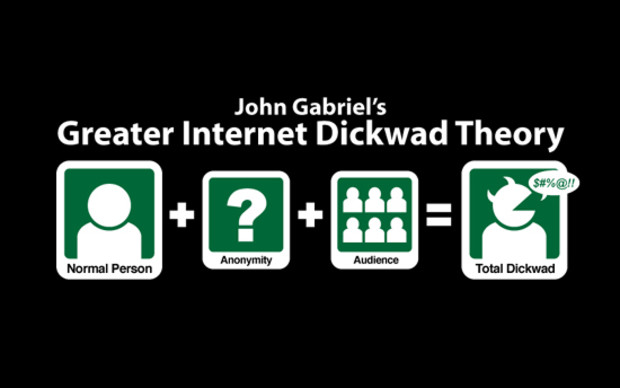 In that example we have tried to assume nothing. We started by acknowledging that Socrates, if he was indeed real, was a man, based on all accounts we have of him. As history has proven over and over again, all men are mortal (with certain exceptions based on your belief system, but then we can argue whether they were men or divine entities), and therefore, if Socrates is a man, and all men are mortal, it follows that he is mortal as well. (Sure we could have just said he was mortal since he's been dead for thousands of years, but that's not a sound argument.)

Now, let's apply that lesson to the argument for Avatar being revolutionary:

Obviously it will take some time to see if anything Avatar did will actually become a trend among movie makers... but the point of Anthony's article is that Avatar's "revolutions" have no real basis for effecting the gaming industry because they already employ many of the technologies and have a stronger focus on immersion since we are playing as characters in games, making us part of that world and experience; watching a movie, even one as expensive as Avatar, still leaves us as an outside observer, unable to interact with that world, move at our own place, or act as we want.

The issue, then, is that the logical Avatar argument doesn't seem to work. And when that happens, you don't just throw the whole thing out, but examine each part, looking for where the flaw is and evaluating whether it's salvageable or not. So, let's start with the first line: do games/game-makers really aspire to make their games more like movies? If you are to believe quotes by many game-makers of the past decade, then yes, its true. Obviously there are exceptions, but its a hard fact to ignore when you look at many huge games today (eg: Uncharted, Metal Gear Solid, Halo). So it would seem that our first proposition is fairly sound.

As already stated above, the second proposition can't really be tested as of yet (but it does seem to be pretty popular already); yet how the third proposition works can directly effect the ones coming before it. So, that question is: how would/should Avatar effect games and their makers? Although I haven't seen it, the plot sounds very typical and I have only heard about how good it looks and how immersive it is (games look good and, as stated above, are infinitely more immersive). And, since the big hype about the movie has been its technology, much of which is already used in the gaming industry on a regular basis, it seems more likely that games effected Avatar more than Avatar will effect games.

And therein lies the real crux of the article, the argument, and most readers misunderstanding: if Avatar learned it's "revolutionary" trickery from games, and the rest of it is mediocre, how do games learn anything Avatar? And on a larger scale: can movies apply things they learned from videogames in a way that is successful, or are some things better left to games and others to movies? And maybe on the largest scale: if movies start trying to be like games, and games are trying to be more like movies, what the hell is the result going to be!?

They are questions I won't pretend to have real answers for. But if you want my opinion, I think that the game and movie industries should focus on doing their own thing and not try to copy their media brethren too heavily. They're attempts to be more like other industries just ends up watering down their own efforts as a game... if you want to make movies, make movies not games that wish they were movies.

And as for why Anthony was the perfect person to write that article? Well, maybe it's because he works for a game blog and a movie site. Duh.
#Commentary    #Community
Login to vote this up!