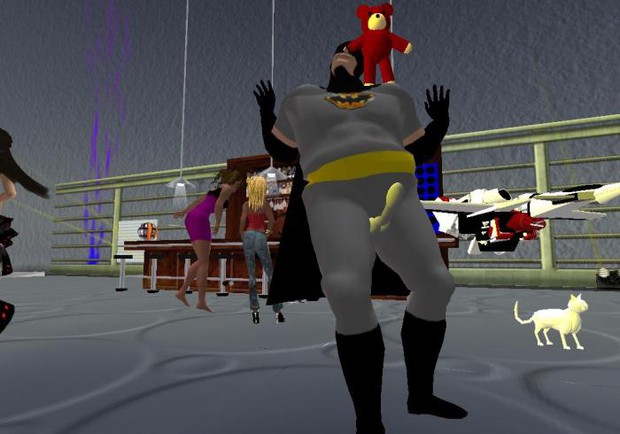 The other thing I wanted to tell you is that a Batman/Superman comic book I made about eight years ago will be on display at Hub Comics in Somerville MA starting a 5pm tonight. It's part of a greater exhibition of Batman themed artwork. Hopefully people wont hate it.

In the comic, Batman is a fat jerk who treats Superman like crap. It's semi-autobiographical.

Also, that image is unrelated. I don't have any scans of the comic, so I used an image of a fat batman from Second Life instead.
#Community
Login to vote this up!