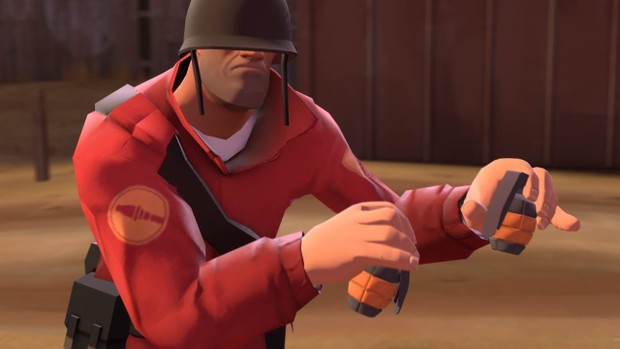 Valve is giving Team Fortreess 2 players an early Christmas present by revealing their next update: a dual Soldier/Demoman update that will leave only the Engineer without a proper update of their own. The update was revealed earlier today on the official Team Fortress page, with a link to a new comic. We also get a glimpse at the infamous announcer, whose proper title is now The Administrator and who looks surprisingly like several fan art pictures previously drawn of her. Coincidence? Knowing Valve ... nope.

As for what comes in this update? Well, besides the obvious new weapons and achievements, a new map or two is likely, and probably more hats, just to piss off the people who don't have hats already. There will likely be some new mechanic about friendship or something, since that's been the whole theme of the slow reveal so far, probably featuring classes that work well with each other getting some kind of boost or bonus. Heavy/Medic is another obvious pairing, but beyond that, I'm stumped.

For me, though, it means finally being forced to play the one class I never, ever play because I don't understand it. I only hope my learning curve is not a tough one and something I can blog about in the future.

Oh, and friendships "end in one day," so expect the update news to start trickling out tomorrow evening. Anyone else excited for this update?
#Community    #PC
Login to vote this up!