2:44 PM on 12.09.2009 (server time)    0
While brainstorming over the possibilities for my first (real) post, I've decided to do something I don't encounter frequently in video games that I usually play, and that's experiencing a semi-genuine sense of fear. While it would be easier to talk about this through horror titles, I have to confess that I've literally only played about a handful of them throughout my lifetime. Though while I was thinking of my personal scariest moments in games, I came to a curious realization that I think you'll find interesting.

I'm thinking that the only people who can honestly relate to this example will have either grown up in the 90's or just really hate water levels. I however transcend the gap between those groups, and am part of both... actually, they're most likely one in the same now that I think about it.

When I was a wee tot, back when I was still having fun-filed adventures with my N64, I remember playing Banjo Kazooie and enjoying every single moment of it. I'd still say it's one of the greatest series of platforming games I've ever played to date. Yes, that game with the walking talking bear and his spunky bird sidekick who resided in a backpack. The premise was that your sister is taken away by a witch who wants to obtain her beauty, and you had make your way through the witch's castle in order to rescue her. The main objective of the game was to travel to these different worlds in order to obtain puzzle pieces that you'd use to unlock other worlds and travel deeper into the castle, a fairly basic platforming setup. The originality of the gameplay, distinct caricatures of characters, awesome captivating levels, I fell deeply in love. 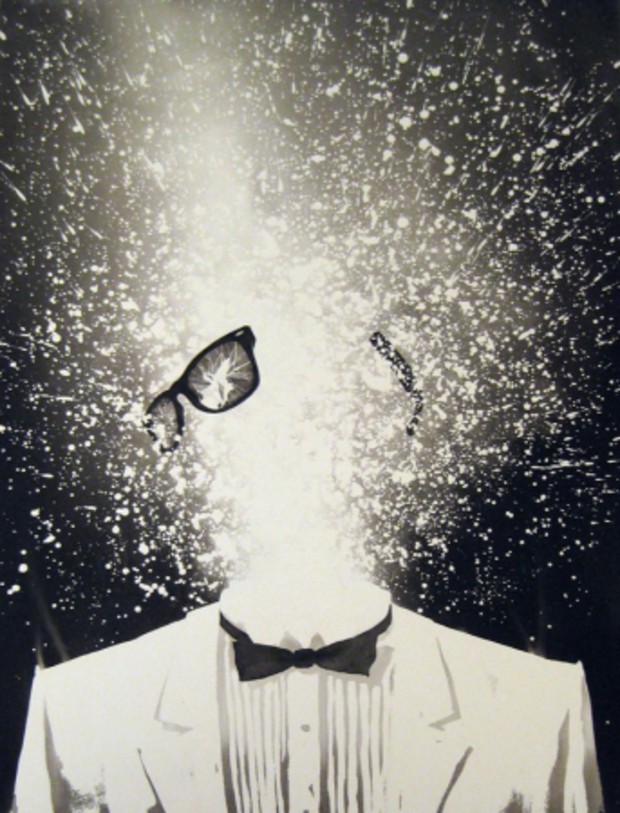 In comparing these two separate experiences, I found something to be rather curious.
In the instance of Banjo Kazooie, it was a typical, irrational childhood fear of a character in a video game, not uncommon for most gamers I'm sure. We all collectively understand what those fears truly feel like, as well as know that they will dissipate over time. I've grown up, and I can now play Treasure Trove Cove without screaming in terror like a small girl.

Though, in the case of MGS2, when I first started out playing my own copy, my first reaction to the ending bit was that more of entertainment than anything. I thought that the game was only trying to be clever and witty by interacting with the very boundaries that it works within. A few years and a replay later, I see the true underlying idea that's presented within this set of events and dialogue that unfolds, and for me, it's gloriously scary.

One fear was out grown, while the other was grown into. I believe that this serves as a prime gaming example as fear consistently being in the eyes of the beholder, as well as things we perceive to be frightening working in a cycle. Most people understand that as we age, we naturally grow out of the fears that are acquired while we're young and develop newer ones as we mature and start truly comprehending the characteristics of the world around us. It happens to everyone, you figure out that the boogie man isn't real, and to compensate for that, you might lose a bit of social innocence because a kid in your grade school class might make fun of what you wear, making you worried about your appearance.

When you really take a second to analyze it though, it's a brilliant, natural balance that we all have. It goes to show you that just because we age, we don't necessarily become scared of less things, contrary to how we would like to imagine. Not only that, but I thought it was interesting how my feelings before and after occurred in the opposite fashion in relation to each game. I felt scared, then afterwards laughed to myself with Banjo Kazooie, while with Metal Gear, I found humor in a situation that later turned into fear. It truly is all a cycle.

The fact that this principle in humans can be directly linked to video game experiences is at the very least, fascinating, and I'm curious as to what other correlations they can have with real life. I actually do find comfort in the idea that studying video games and how we react to them can potentially help us to learn a little bit about ourselves as individuals, just as you could in any other art or media. I'm not 100% certain if this is a completely apt form of validating video games as a respectable creative form of expression, but something tells me it's a step in the right direction.


P.S. I'm interested to know if there are any other games out there that have presented and executed this idea of a 'cycle of fear' entirely within the confines of a single series. If such a game exists please let me know what it is and if it's worth buying.

(P.S.S. I apologize if my MGS mirroring explanation didn't fully make sense. It's difficult to explain something like that to people who may not understand the complete contexts of the video game itself, or at all for that matter.)
#Commentary    #Community
Login to vote this up!