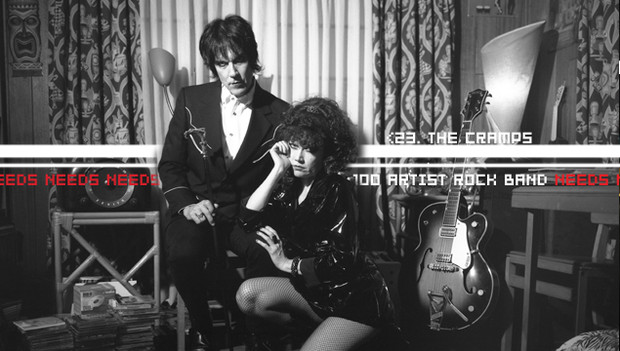 WARNING: The article you are about to read is almost 100% opinion. This means it is in no way supposed to represent artist of any legendary status. It is purely to get the ol' juices flowing. If you disagree or have a band you think should be in RB please comment (I love finding new bands) or make your own blog.

Awmigod! It's our 3rd part anniversary! What'd you get me!? It better be good! Or else.

Genre: Darkwave/Electroclash
Formation: 2009
Trivia: Korn's old guitarist plays in IO Echo. That's about the best I can come up with

You ready for new? IO Echo is probably the newest and in this list so if you wanna be the first kid on your block to claim you liked 'em before they were cool click on the rather badass music video and ask yourself this: “Why aren't these guys selling millions of albums yet?”


Not to mention...Doorway (IN AUDIOSURF!)

Genre: Indie rock
Formation: 2003
Trivia: CSS is the highest charting band in Brazillian history and are considered a valuable asset to Brazil. Cool.

Completely by random this list is gonna feature a lot of indie. Just as a warning. So anyways CSS is one of the finest among the quickly growing new rave genre (which includes bands we've already covered like New Young Pony Club). The band's first album, Cansei de ser Sexy, was an initial flop until the band sold their album on CD-R so that it could be copied and freely distributed among it's local fans. Finally the album (then untitled) was picked up by Seattle label Sub Pop, titled Cansei De Ser Sexy, and quickly gained popularity in the UK where the new rave scene has been flourishing every since.

Genre: Gothabilly
Formation: 1976
Trivia: The Cramps were the product of the punk scene that brewed in the NY club CBGB. Other bands that became popular thanks to this club were The Ramones, Television, Blondie, Talking Heads, Patti Smith, and The Police during their punk days.

Gothabilly is probably one of the sexiest combinations ever I the history of anything in foreverdom. It's the combination of real 80s goth and the ol' psychobilly popularized by the likes of Dick Dale. They're one of the unsung forces in punk and in the goth community. The band spread their love of surf, zombies, and the color black until this year when singer Lux Interior died of an aortic dissection.


Not to mention...Bikini Girls With Machine Guns, Garbage Man, and Surfin' Bird

Genre: Psychobilly
Formation: 1978
Trivia: The Rev has been featured in many games in the past including two Tony Hawks, Motorstorm, and Guitar Hero II.

Speaking of psychobilly I got one more name for ya that you should know: Reverend Horton Heat. The man is a modern day guitar hero who came out of Texas and moved into Seattle to show the grunge lovin' kids how real shredding is done. The Reverend is noted for having one of the most difficult guitar charts of the Harmonix-era Guitar Hero games and for having a scream that's..well...listen.


Not to mention...Psychobilly Freakout, Party in Your Head, and Reverend Horton Heat's Big Blue Car

It's a rarity nowadays that a band can come out with any schtick or any blatantly self-conscious experimentation. However in the late 70s Dire Straits came out of Newcastle, England with Sultans of Swing and a multi-platnium debut album. Not bad for your first year on the scene. Especially when the punk scene was trying to change the face of rock. The band continued to play good ol' fashion tunes until 1995 when the band broke up due to touring strain.


Not to mention...Brothers in Arms, Money for Nothing, and Walk of Life

One of the first bands to become Guitar Hero legends Graveyard BBQ won the Be A Guitar Hero contest way back in the heyday of GH1. Sooo...yeah...here's some tunes!


Not to mention...BBQ Nation, The Clothes That Make the Man, and Ride the 'Stache

[/i]Genre: Punk
Formation:[/i] 1994
Trivia: The Living End has toured with AC/DC. How much more Aussie can you get?


Not to mention...Carry Me Home, Roll On, and State of Emergency

Genre: Punk
Formation: 1975
Trivia: Despite having one album the Sex Pistols have 13 non-studio albums and 18 singles. Seriously?

Remember when I said Tool was my least favorite band ever but they had some mad skills? Well here are the Sex Pistols: my other least favorite band with no skills. And yet they're a big deal. Dunno why but far be it from me to stop a popular artist from appearing in RB. Especially since we already have The Ramones, The Clash, and the Dead Kennedys. Why not?


Not to mention...Anarchy in the UK, God Save the Queen, and My Way

Genre: Psychedelic rock
Formation: 1966
Trivia: Recently Cream has been receiving a considerable boost in popularity as well as Rolling Stones coverage of the bands early year and heavy airplay on FM and Sirius radio which has led to heavy speculation of a reunion

Considered one of the first true supergroups, and the pioneers of metal, Cream was founded by drummer Ginger Baker, bassist Jack Bruce, and guitarist/vocalist Eric Clapton. The band became known for their heavy riffs and classic Eric Clapton solos. In the bands short 2 year lifespan they released 4 highly successful albums and even made a comeback when four of their reunion shows in 2005 were released as Royal Albert Hall London and the album went 5x Platnium.


Not to mention...Crossroads, Tales of Brave Ulysses, and Spoonful

Genre: Psychedelic
Formation: 1965
Trivia: In the song Craigslist by Weird Al, a song parodying the style of The Doors, Doors keyboardist Ray Manzarek actually contributed to the song.

Known the world over for “that band that Jim Morrison was in,” The Doors were probably one of the most energetic and stimulating bands to hit the scene. Fusing poetry and madness (as if the two aren't the same) the live stage antics of The Doors, and especially Jim Morrison, have been unsurpassed by any band.


Not to mention...Backdoor Man, People Are Strange, and Spanish Caravan
-------------
Question: What's more important to you in a Rock Band song? Fun to play or fun to listen to?
#Commentary    #Community
Login to vote this up!