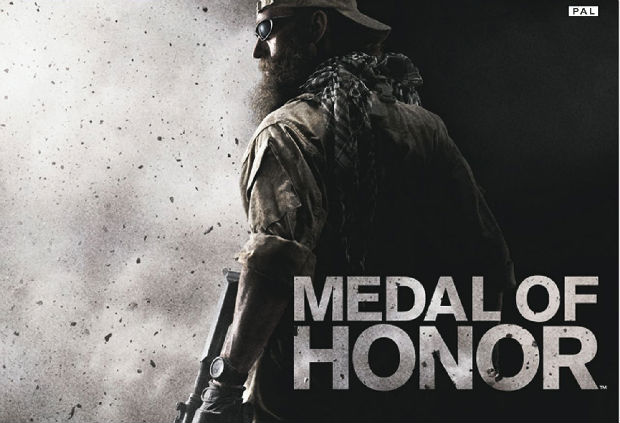 As reported earlier today on Kotaku, Medal of Honor is "rebooting" it's series in the modern day and throwing off the shackles of fighting a war in the past. Because present day wars are cool AND topical. But what are they going to do, and how are they going to do it? Thanks to an exclusive interview with an elusive source, I've tracked down certain tidbits that I can share with everyone today.

First off, the game is set in the here and now, circa ten years in the future. However, due to budget cuts, you're still using weapons that are being used today and not any futuristic weapons. In a further development, all the weapons of "today" have been melted down by socialist world leaders due to "peace", and have been replaced by WW2 era weaponry.

The next development is that you'll be working on a Philadelphia Experiment style project. That's right, the experiment that launched a dozen websites and literally ones of books will be presented in 480i High-Definition dual-speaker glory. That's TWICE the speaker power of WW2. In this experiment, the government is quietly trying to make an office building become invisible to hide SECRET DOCUMENTS about SECRETS so that the SECRETS don't become available to SECRET LOOKERS and THE TERRORISMISTS. You'll be an office worker, or, if the header pic is correct, a janitor working at the office, and be MYSTERIOUSLY transported...

I'm getting ahead of myself.

You'll be quietly working on your "secret batch" of janitor's brew, which you make and hide in your mop bucket, and suddenly EVERYTHING GOES WRONG AND THERE'S SHOOTING AND YOU'RE HIDING BEHIND A WALL AND POP OUT AND BANG BANG OH MY GOD HE'S GOT A GUN HE'S GOT A GUN WHAT HAVE WE DONE TO DESERVE THIS PLEASE STEVE FOR THE LOVE OF GOD I'VE GOT A FAMILY AND...

So, you're a bad ass who hasn't shaved in three years after an unfortunate affair with a razor blade killed your wife and child, and you've been called back into action with a "new guy". You'll be playing the grizzled grizzly veteran who doesn't take no for an answer, with a heart of gold and a never say die attitude. The new guy will be a go-getter that never speaks, except through his actions. Together you'll be the odd couple, married through years of covert action and missions. The game will take place in the NOT TOO DISTANT FUTURE IN A WORLD THAT COULD BE OURS. In it, terrorists, or simply dissadents that have had TOO MUCH DISS will be seeking to hate our freedoms a little too much. With violence, all will be saved, as talking only helps those little fairy RPG games and Wii games, because they don't have the software to render voices.

Suddenly LOUD NOISES AND LARGE EXPLOSIONS something happens to change the face of war and life, followed by an ending where you get to finish off the bad guy while simultanously being shot and stabbed and almost dying, but not quite enough to actually kill you. And so ends the single player.

Now, on to the multiplayer spoilers.

Unlike anything seen today, Modern Dutyfare 2: The Next Generation will feature a balls to the wall multiple player option for multiple people to get in on the action and try to shoot things, in this case, "other people", in the face. However, unlike those other weiner games with their "respawning", in Call of Honor when you die in multiplayer, you're dead FOREVER. So gird your loins and get ready to not run out in the field of battle like an epileptic monkey! Also included is real life injuries, rehab, and the possibility of being burned horribly and scarred for life.