The Wrong Thing: The Consequence of Sin 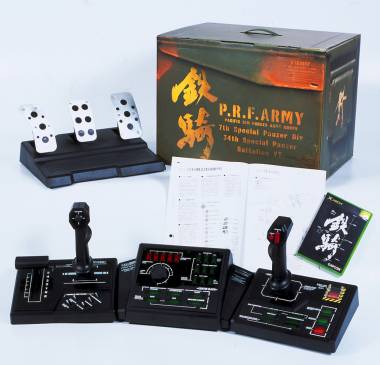 massive controller, also had a save system where if your pilot died in battle, your save file was automatically deleted. That pilot’s life was gone. Tying this type of system to good or evil where death is a very real consequence for your character would add immense weight to the decisions you make. The problem with this type of permanency, however, is that it really isn’t that fun and ruins the escapist experience of video games. Imagine being near the end of a 40+ hour RPG only to get backstabbed by some skeleton soldier and have your save file deleted. If this system is too heavy on consequence while the moral choice system is too light, what middle ground is there for gamers?

Mass Effect 2 may have the answer for us. It contains a function that allows importing your save file from the original Mass Effect into the new game. While most people would think this leads to a few minor perks to help start your journey, an interview with lead producer Casey Hudson states that the Mass Effect save file tracks everything that you do and is “setting a variable so that as the story progresses we know that you did a certain thing on a certain planet…this is literally hundreds of things” (source). With this system, you could play halfway through Mass Effect 2 and a decision you made back in Mass Effect 1 is finally coming back to bite you in the butt. Reloading your Mass Effect 2 save won’t change anything, which means you’ll have to play through all of Mass Effect and start on a new save file to change the outcome of that consequence. This creates a scenario where it’s incredibly time consuming and difficult to change a decision made in the original game, but it won’t adversely affect your Mass Effect 2 experience by deleting any of your save files. This creates a dynamic where any evil decisions in the old game may catch up to you in the new game and may make you decide to take a journey back to your past to alleviate your sins, thus giving the consequence of your actions a huge weight.

Evil is non-existent if it does not create a real consequence. The moral choice systems of many games have no weight since a load of the save file will wipe any past evil acts away while the stricter systems like the ones in Steel Battalion carry too much weight and take away the escapist fun of a video game. The best solution seems to be something like Mass Effect 2’s save importing system which carries with it a real consequence that cannot be undone easily and may lead some to take a new journey to alleviate those past sins. The escapist nature of video games simply doesn’t allow for permanency, making the feeling of true consequences for evil acts impossible. That doesn’t mean, however, that the journey to alleviate evil sins cannot be a long and difficult one. For those not willing to make that journey, then you’re just gonna have to carry that weight.
#Community    #OpinionEditorial
Login to vote this up!