The Death of the Cell... 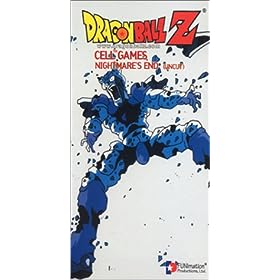 "PowerXCell 8i is the last one out

The Cell processor which IBM once flogged as revolutionary is now officially dead in the water. German website Heise Online quoted IBM's VP of Deep Computing, David Turek, that the planned successor to the current PowerXCell-8i processor, slated to have two PowerPC processors and 32 SPEs, will not be released.

Some of the development work will crop up in other projects but effectively this means that Big Blue is terminating its Cell processor line and the PowerXCell 8i the last one out the factory door. Cell was supposed to be IBM's big white hope even if it was slightly slower on most things."

"According to reports, the PS3's CELL processor is 'dead in the water' and will never be used in the PS4. Apparently, the CELL line will be terminated and the current PoweXcell 8i is the last one in the series.

The PS3’s innovative ‘Cell’ processor won’t be used in the PS4, according to reports this morning, claiming the chip is “dead in the water”. Apparently German website Heise Online has quoted IBM’s Vice President of Deep Computing, David Turek, saying the planned successor to the current processor, slated to have two PowerPC processors and 32 SPEs, will not be released. Extrapolated, then, you can summise that the Cell processor line is terminated, with the current PoweXCell 8i the last one off the production line."

This makes me sad and curious because I thought that a simple way to making the next generation system more powerful than anything out there for the next 10 years would be to put 2 cell chip. But after hearing this news I guess Sony will have to come up with something new. One thing I hope is that they don't develop another super powerful chip that takes 10 years to reach its full power. How about something good and simple to use for developers so that way they can make games for it and not even decide which system to being exclusive to. The difficulties of programing the games for each console is already a hard task to do and making things more complex just makes it harder.

Apparently, the news doesnt stop there. New info just popped out of the woodworks.

It appears that the sourced article at Fudzilla isn’t quite the full story. Reading further into this, the original German story at Heise actually states that it’s only the planned successor to the current PowerXCell-8i processor, slated to have two PowerPC processors and 32 SPEs, that will not be released. There’s no specific mention that IBM are halting the development of other Cell processors in the report, and thus there’s every chance that the PS4 could still use some variant of the Cell. Hope this clears up this story somewhat.

via: http://www.thesixthaxis.com/2009/11/23/ibm-halts-cell-processor-development/
#Community
Login to vote this up!