How to make social networking on the 360 not suck 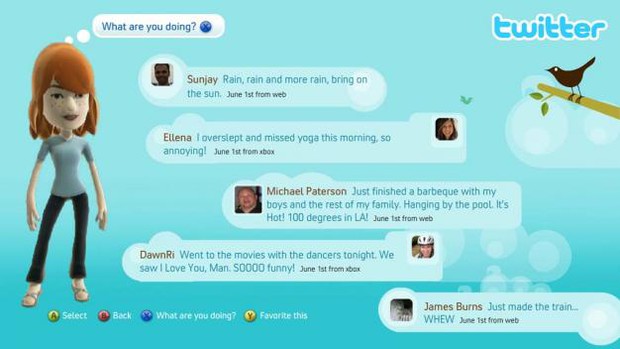 This means that the only way Facebook and Twitter could thrive on Xbox LIVE would be to add Xbox Guide access. It would be overkill to make an Xbox notification appear every time you get a new Facebook notification or Twitter reply, I concede that, you wouldn't be able to play a game in peace ever again. However, I believe the optimal situation would be, at any time your Xbox 360 is turned on, you can hit the Guide button, and along with your friends count, party group and message option, you had three bars, one to see your Facebook notifications, one to see all new tweets, and one to see Twitter replies. I wouldn't even expect full feature use from the Guide, just the ability to reply to notifications and tweets, and make new tweets would be enough. If this could be implemented, I would be tempted to never get off the couch again.

As it stands, I am not sure if additions such as the ones I suggested are even possible. However, I really hope they are, as I am almost certain that unless said improvements are made, such features are instantly irrelevant.
#Community
Login to vote this up!