Why "No Russian" was necessary in MW2 (SPOILERS) 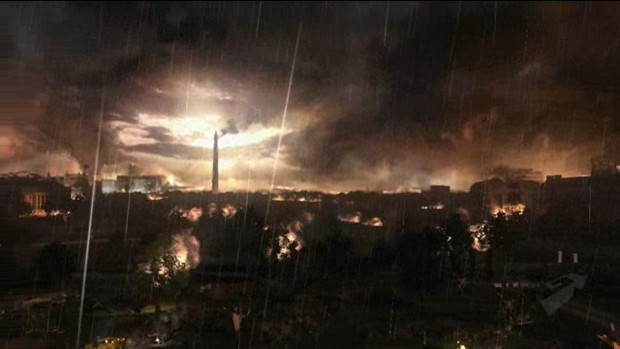 So, we all know of the infamous "No Russian" level in Modern Warfare 2, hell some have even boycotted playing the game just because of the level. Well, if anyone actually took the time to play through it and look at it in context they'd see that it is actually an integral part to the story and completely necessary.

"No Russian" wasn't done any favors by the fact that it was leaked way before the release of the game, because all that caused was misinformation. All people saw was you, gun, an airport, civilians. The end. Then the judgment came, and boycotts started happening, Infinity Ward was all the sudden the anti-christ in some eyes, so on and so on. But its not as simple as that.

From the loading screen it is revealed that you are in fact an undercover CIA operative. You are told that you must do all that is necessary to remain close to the main terrorist Makarov and that "you'll loose part of yourself" Once you start the level in a Russian airport (as opposed to what all a lot of the critics assumed, a US airport) Makarov states for some reason "Remember, no Russian." Blah blah blah, you go through and commit atrocities, we all know that part. And that's where a lot of people stop and chose to judge the scene. What they don't see is at the very end of the level where Makarov stops you just as you're about to hop in the escape vehicle and shoots you at point blank range. He says something along the lines of "The Americans thought they were sending a message, THIS is sending a message. When the body of that American is found all of Russia will cry for war."

So yeah, Makarov knew you were CIA the whole time, he knew exactly what was going to happen, thus why he said "No russian." The body of an American is found and then all out war starts. It was a bigger plan, just as the level itself was a bigger plan.

For the sake of a story, a war needed to happen, thus it needed a tipping off point, and I believe the way Infinity Ward went about it was nothing but masterfully told. The events after the "No Russian" level lead to some of the most breath taking moments I've played through in video games. Right before I started writing this blog, I played the level where you emerge from a safe house into a burning DC with all out war happening everywhere set to a somber orchestral piece. I literally stopped to look around at just how crazy it was.

The thing people need to realize is, this is nothing but a story. The only reason why this is controversial is that its a playable section in a video game. It wouldn't gain as much attention as it would if it was in a movie, tv show, book, etc. And if IW pussied out and just did it as a cut scene, you wouldn't get the point really, and you'd be completely detached from what you're doing. You're supposed to feel bad about what you are doing, just as the CIA agent would have if it was real.

IW was really at a disadvantage when trying to explain this scene, because all they could say was "you're supposed to feel the atrocities of war" which is true, but for the sake of spoilers they couldn't say the context of the level was in and how much it affected the entire game. Because they were at this disadvantage, they were left wide open for a gang bang of attacks from outraged, misinformed critics.

So I applaud IW for having the balls to do this. "No Russian" is completely different than what you'd do in games like GTA. It has depth and meaning, the events that happen in the level changes EVERYTHING within the world the game happens in where GTA, you're just killing civilian for no reason.

Hopefully all the gamers who are for some reason offended by the level actually take the time and play through the level and judge it properly instead of refusing to play it and saying how wrong IW was for putting it in the game.

*SIDE POINT* I couldn't figure out and good place to put this within the argument, but if anyone will sit here and tell me with a straight face that an undercover CIA agent has never done something fucked up like that (albeit not as big) then I will sit here and laugh straight in your internet face.
#Commentary    #Community
Login to vote this up!