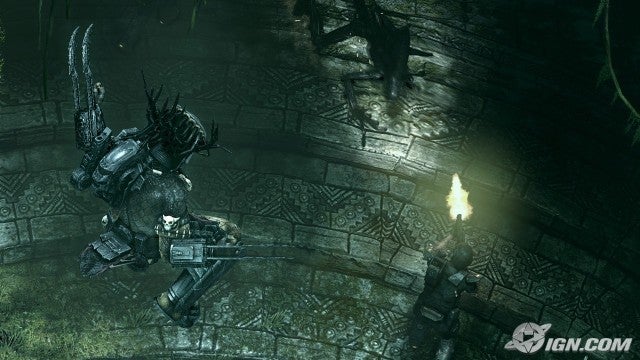 Haven't seen too much Aliens vs Predator news posted on Dtoid the last couple weeks, guess Jim's been taking a break from dropping his self-obligated nuggets of AvP info. So, for any interested Dtoiders who don't Google AvP news 6 times a day like me, I'll summarize some of the newer info that I've scrounged up from the interwebs over the last 2 weeks...or whatever.

Gamepro and IGN actually had decent hands-on multiplayer previews posted recently. In terms of how the three different species stack up in multiplayer, you'd think the Pred (with his one-hit kill melee and projectile weapons, cloaking, leap, high-defense, etc.) would be hugely overpowered, but when I read the Gamepro preview, the Alien player dominated the Marine and Pred players. How? Hmm, well I did hear that the Alien is fast as shit, despite Rebellion's mention that the Alien's speed would be nerfed from that of the 1999 AvP game. Plus, the Alien's (and Predator's) stealth kills are apparently pretty easy to get off once you get anywhere close to a guy's back, so that's another thing that probably accounted for alot the Alien's dominance in multiplayer, or maybe the Alien player was just the shit...I dunno.

In terms of multiplayer modes I was psyched as hell to find out that Pred Tag (or Predator Hunt as it's now known) is making a return. Thank f*cking God. For those who don't know, it's a mode where a bunch of marines play against a single pred player where only the pred can score points. If a marine player kills the pred, they get to play as him and get the opportunity to start racking up a score themselves. At the start of each run, the Predator is given a set time limit to find his weapons. After getting geared up, he'll start staking the marines and pick out a good spot from which to get some killing in. Even though marines are sort of considered the the game's walking side of beef, a platoon of heavily armed marines are nothing to scoff at, so it serves the predator to make himself scarce after a fresh kill, lest he wants to be on the receiving end of this. It was also announced that preds need to de-cloak before attacking, so their position is given away pretty fast after they commit to a kill. Cautious Preds will stick to the classic plasma casters and discs to take on the Marines in this mode, but if the Predator player is packing a bowling ball bag sack, he could take out the occasional Marine with a trophy-kill, which is allegedly extreemly satisfying (shocker) but leaves you vulnerable to be shot by another player as you rip the first guy's head off, so it's more of a special occasion type thing. Aside from Predator having to find his weapons at the beginning of Pred Hunt, the whole scenario seems to sync-up pretty well with the happenings of the original Predator flick. I can't f*cking wait. 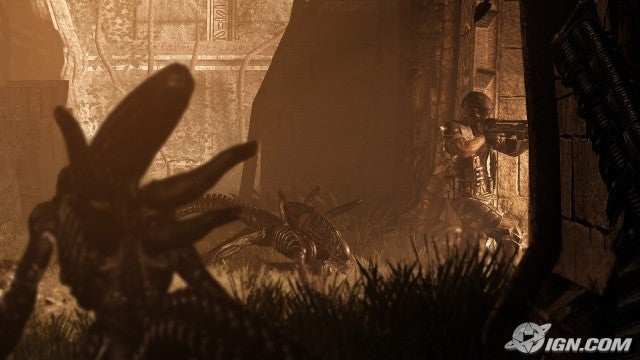 Infestation Mode, another sweet-ass multiplayer mode, is the Alien's answer to Pred Hunt...sort of. Infestation is essentially a last man standing style game with Aliens and Marines. There's a bunch of Marine players against one alien player at first, but then killed Marines will respawn as Aliens who then attack the remaining Marines. Sick...very Aliens-esq. In this mode in particular, Aliens will be working together to bring down remaining Marines, not unlike the special infected in L4D versus mode. Pretty much every game will end with a pair of Marines huddled up in a corner somewhere as waves of Xenomorphs try to bite through their heads--this immediately reminds me of the scene from Aliens where a desperate Vasquez and Hudson (I think Hudson), while being overrun by Aliens as their ammo runs out, pull the pin on and clutch a grenade so as to go out like men (the only way Vasquez could go out, obviously). It seems that both Infestation and Predator Hunt modes will act as proper tributes to their respective source films.

And although pretty much everything I've read about AvP has been overwhelmingly optimistic, I did hear some things that are mildly disconcerting. One preview mentioned that the graphics (particularly the environments, some textures, edges, and blood/fire effects) don't seem on par with those of similar timed releases (like MW2). Take this with a grain of salt though, the game still has a few months to clean up any rough edges.

Hmm, I probably shouldn't end on a semi-down note, so remember, this game's gonna be sick, just look at these last couple of new-ish multiplayer screenshots, they speak for themselves (perceptive readers may be able to guess which site I borrowed them from). 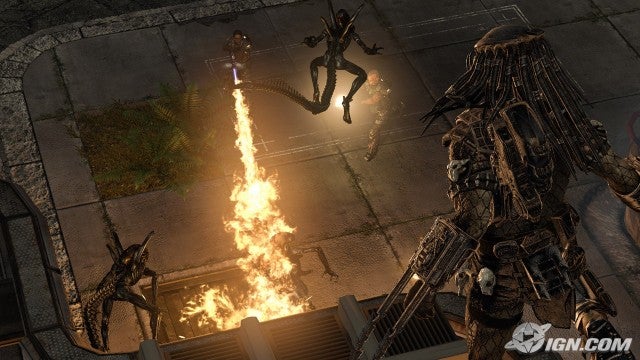 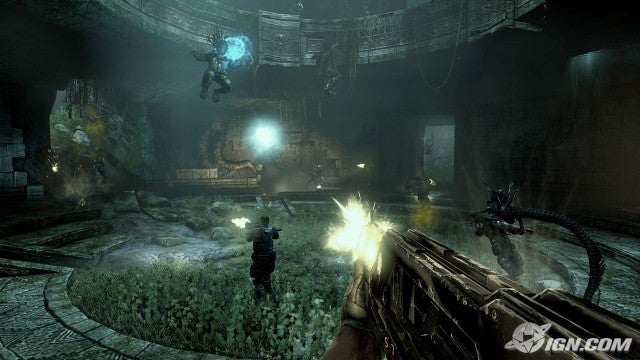 #Commentary    #Community
Login to vote this up!